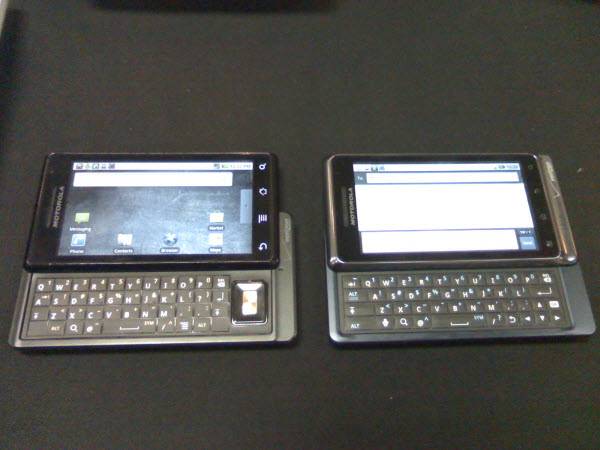 The Motorola Droid 2 has been leaked all over the place. And, not just the device itself anymore. We’ve got its full user manual, and even some training materials, too. But you know what we don’t have? An official announcement. Anyway, before we digress into something completely irrelevant, we’ll just focus on the whole “Droid 2 spotted in the wild” thing.

The Droid 2, yes, the sequel to the original Droid, has been spotted in the wild. Being held by some unknown individual, somewhere out there, and being shown off against the original model. It still looks the same, and there’s nothing all that surprising here. It’s still rocking that updated keyboard, missing that gold D-pad, and looks far less industrial than the first model did. 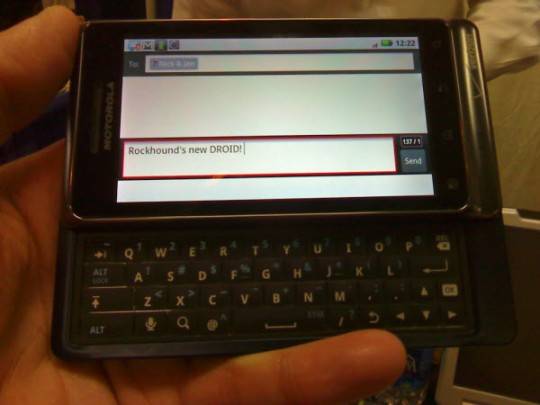 But, all that aside, we’re sure there’s still plenty of you out there that want to get your hands on this guy. With its 3.7-inch touchscreen display, full QWERTY keyboard, Android 2.2 goodness, and a 1GHz processor under the hood, we completely understand. Unfortunately, you’ll just have to wait a bit longer before we get any official word.