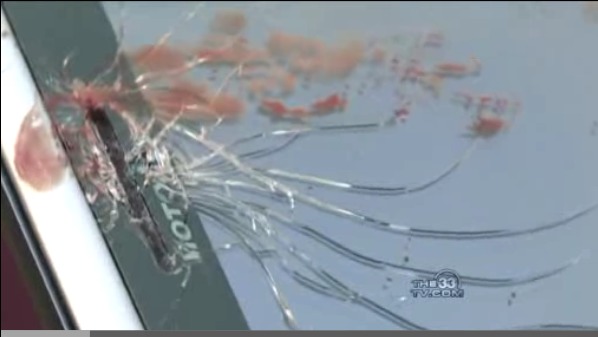 All this talk over the years, about whether or not cellphones are a danger to the humans that use them, usually never included phones that explode. For one man, who lives in North Texas, it would seem that he’s learned the hard way that our favorite gadgets can turn deadly in the blink of an eye. That’s probably more dramatic than it needs to be, but there’s quite a bit of blood on that Motorola Droid 2, which reportedly exploded right next to the man’s ear.

The report states that the man, who was using his brand new Motorola Droid 2 from Verizon, was about to end a call, when he heard a loud pop. It took him a moment to realize that there was blood trickling down his face, and then he looked at the phone. The glass near the speaker at the top of the phone had cracked, and there was blood, for anyone around to see. The phone itself? Still works. The battery is even unaffected.

The man is uninsured, so he’s going to seek money from Motorola and Verizon, but as of the time of this writing, neither companies have commented on the situation.