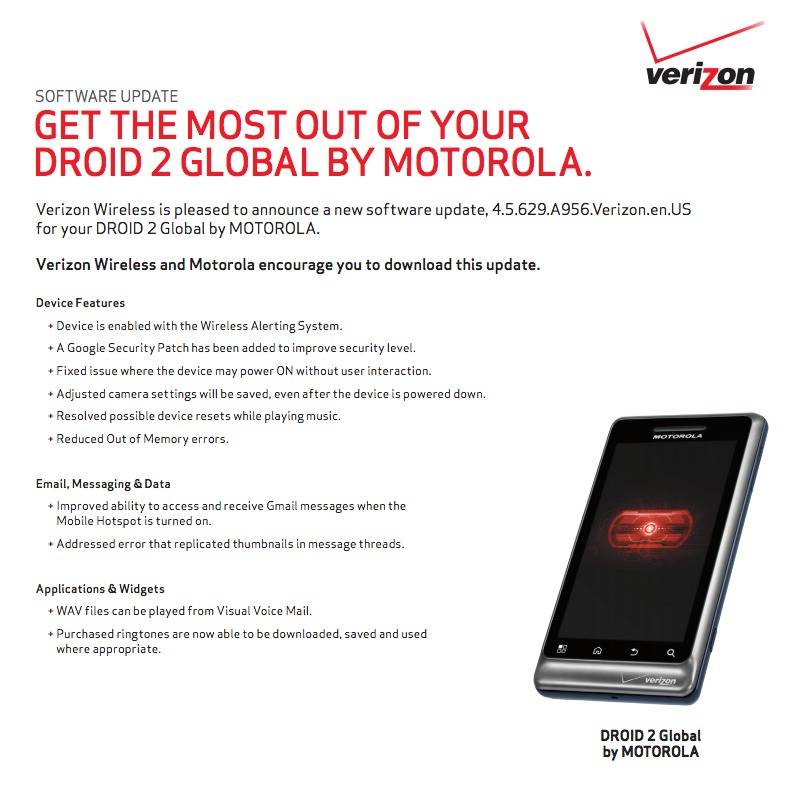 The Motorola DROID 2 hasn’t been completely forgotten about, although it is starting to show its age. The DROID 2 Global is getting an update that was first detailed a few weeks ago but is finally rolling out to handsets starting today. If you’re a proud D2 owner you’ll want to check for updates on that slider of yours.

The update will bring the DROID 2 to version is 4.5.629 although we still have Android 2.3 Gingerbread. ICS isn’t expected to hit this device and if it does, it wont be for a while officially. The update does however solve some major issues the D2 was having. Fixing performance issues, random power on and offs, low memory errors, camera settings being wiped after restarts and a few other pesky problems.

As usual the update is rolling out to new handsets as we speak and you can manually pull the update on your device by going to settings > about phone > check for updates and give this latest build of Gingerbread packed full of bug fixes a try. A few tips that came in mentioned pretty great performance after the update so let us know what you think, or if you have any issues after updating.