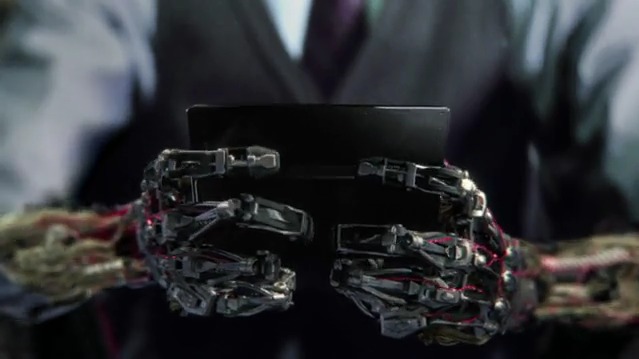 The successor to the original Droid, the Motorola Droid 2, launched yesterday. It’s what many people consider a soft launch, as there wasn’t much official press lingering around anywhere about its existence. We had heard in the past that, due to the fact that the Droid X launched less than a month before, that Verizon was waiting to pull the trigger on their monstrous Droid advertising campaign for the Droid 2 until the end of the month. But, that hasn’t stopped at least one commercial from finding its way onto the Internet.

The new commercial, meant to showcase the Motorola Droid 2’s brand new “upgraded” physical keyboard, starts off as the normal Droid ads do. A normal person, who then starts playing around with the Droid device. Suddenly, they’re becoming more robotic than anything else. As usual, the production value on the commercial itself is top-notch, but considering the amount that this guy turns into a robot . . . Well, you may want to cover the eyes of small children. Watch the video below and let us know what you think in the comments.