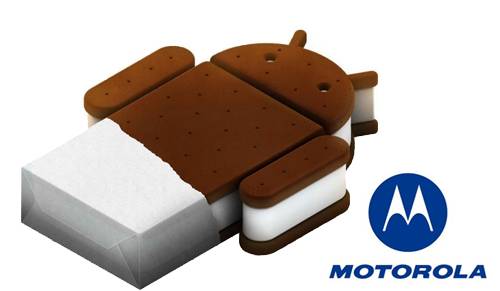 Motorola has just updated their Android software update plan to Android 4.0 Ice Cream Sandwich and it isn’t good news. It looks like the update to 4.0 ICS wont hit phones and tablets in the US until Q3 of 2012. Along with the news they’ve also released a list of devices up first for the updates. So far things aren’t looking good for Bionic, RAZR, and DROID owners.

Currently only the WiFi Motorola XOOM has been updated to Android 4.0 Ice Cream Sandwich, the latest from Google. According to even more details from Motorola today it will be alone here in the US for quite a few months. As we’ve seen before, Motorola has outlined their update process and the “phases” these updates must pass before hitting our devices. It’s the screenshot below that has us worried.

From the release dates outlined it appears the Motorola RAZR (international version, not Verizon) will be one of the first to be upgraded to Android 4.0 ICS and then most of their recent Android phones are all listed for either Q3 2012 or mention “In evaluation & planning, further details to follow”. This could mean the RAZR and Bionic could actually be seeing update before Q3 but why they’d list dates for some and not the others is what concerns us. They could also be hiding the dates of their biggest phones to keep the competition at bay.

We’ve seen a leak or two of Android 4.0 ICS with Moto Blur for the RAZR leak so they are at least working on things, but we have no solid date to share with anyone other than Q3 or later. Hopefully Motorola just isn’t sharing the details for their top-tier phones because I’m sure no one wants to wait until Q3 to be updated. Full timescales for all devices and regions are in the via below. Take a look at the screenshot and decide for yourself.