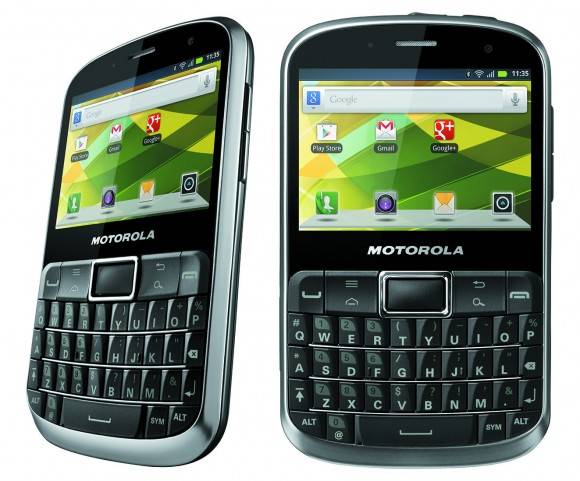 Yesterday we shared the news that Samsung was preparing their own Blackberry type QWERTY keyboard candy bar phone in the Galaxy Chat, and now Motorola has detailed one too. This isn’t the first Blackberry style phone from Motorola to run Android and they’ve released a few in the past like the DROID PRO, but this ones received a few upgrades that might have a few interested.

Clearly this one resembled a Blackberry more than the others, and I’m not sure why anyone would take that route in 2012 — but what do I know. Motorola’s DEFY PRO is targeting the business user that might want to jump ship to Android, and shows a few good reasons to do so.

The DEFY PRO comes with a 2.7-inch QVGA screen, a 5 megapixel rear camera and a front for video chat, WiFi, GPS, 2GB internal storage, micro-SD slot, and appears to be running on Android 2.3 Gingerbread. It sure is interesting, and not really all that inspiring but should appeal to a select few. Motorola claims it will hit Brazil first later this month, but gave no further details on pricing or other regions. Are you interested in a candybar hardware keyboard device like the DEFY PRO or Galaxy Chat?