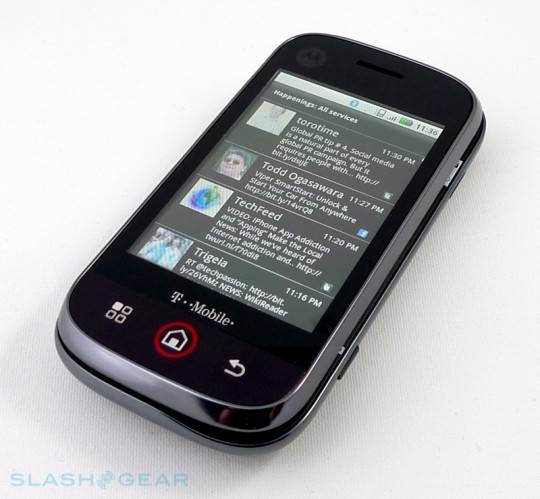 Motorola’s first attempt at an Android device – the Motorola CLIQ (aka the DEXT outside of the US) – certainly tries to deliver a lot for a first-gen device, and over at SlashGear we’ve been putting it through its paces.  The main effort has obviously gone into its MOTOBLUR social networking system, which attempts to pull together all the key strands of your online life together onto the CLIQ’s 3.1-inch capacitive touchscreen.

So, have Motorola laid the ghost of RAZR to rest, and does a new OS spell success for the ailing company’s future?  The full review is over at SlashGear, so head there to it check out.