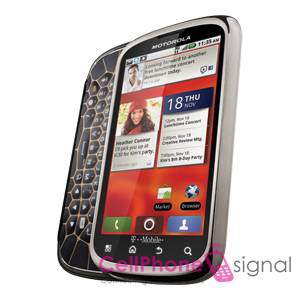 With HTC’s Android-based hands finding their way onto the Internet before any official announcements, it’s time for Motorola’s turn. This time around, it’s the formerly known Begonia device. Better known now, though, as the Motorola Cliq 2. As anyone should expect, this device is making its way to T-Mobile in the United States some time in 2011, and it’s bringing along for the ride a full physical keyboard, and full MOTOBLUR integration.

Motorola will more than likely have something to say about the Cliq 2 at CES 2011, and rumored release date is pegged for January 19th.