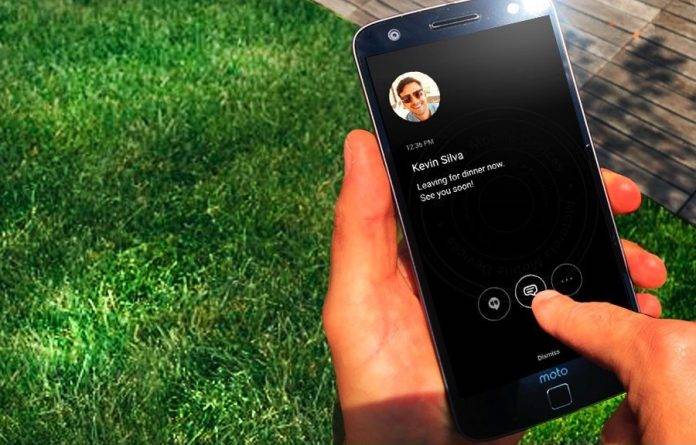 Motorola seems to be taking a jab at a certain rival for allegedly stealing one of its phone’s cool feature. Although no company has been named, it’s obvious that it’s Samsung Motorola is referring to, asking “in what galaxy” and even using the #TheOriginalAlwaysOnDisplay. Motorola is boasting that the Always On Display is originally from them and seems to be implying that Samsung copied them. No lawsuits have been filed yet but we won’t be surprised if we’ll hear of patent infringement cases not just between these two OEMs but others as well.

It’s interesting that Motorola notes that the Moto phones have “the original always on display” but what goes around comes around. You see, when Moto USA posted that tweet, someone was quick to say that Windows Phones have had the feature for four years now and asked why did Motorola steal it. That’s one funny response but then other soon followed with their own “facts” and questions.

Somebody said “Symbian had it first, Lumia stole it” and that “Nokia had this in their Symbian belle devices 8 years back”. One even pointed out how the “N8 had a always on clock + mini-wallpaper by Nokia”. The Windows Phone-Lumia-Symbian reference all goes back to Nokia, once the top phone manufacturer. In case you’ve forgotten, Nokia phones used to run Symbian OS. Nokia’s mobile division was then acquired by Microsoft a few years ago which then introduced the Nokia Lumia Windows Phone. The always on screen information may not have specifically a name but people are insisting that it’s always been ready and that Motorola isn’t the original.

The comments that followed are both funny and accusatory. Whoever managing the Moto_USA Twitter account must be trying to wrap his head around the issue, thinking of a smarter answer.

We don’t know if Motorola is telling the truth because LG also had the Always On feature before. We’ll try to check the development and history of this feature to be sure.