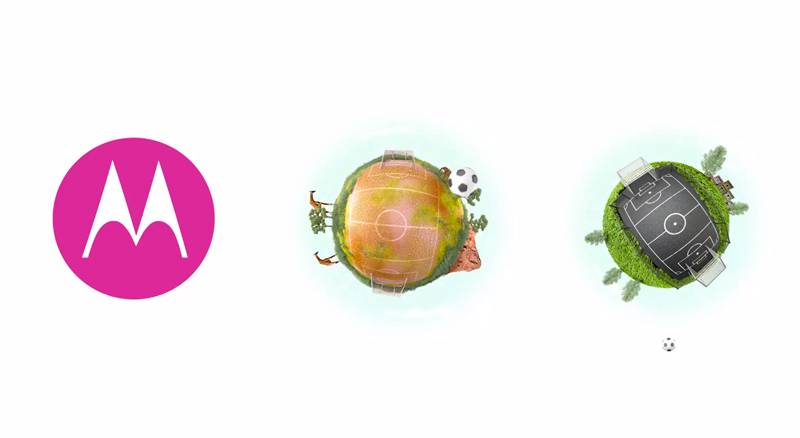 International brands are making it a point to incorporate football-themed goodies in their marketing and promotional efforts as the world’s biggest football sporting event, the World Cup, kicked off in Brazil last week. Even if the brand is not an official sponsor, footie fans get a kick out of seeing anything football-related and spread these pics or videos or apps on social media. Motorola gets in on the World Cup action with their newest boot animation.

For those not familiar, boot animation are those short, sometimes fun animated things you see on your mobile phones whenever you restart or turn on your device. Motorola has been developing a reputation of coming up with fun, interesting and timely Boot Services updates to reflect what is in the zeitgeist.

Their World Cup version is 9 seconds of happiness for football fans, as it shows a ball going round the earth, with different kinds of football pitches all over the world: a dry field somewhere in the arid desert; a lush, green pitch with its pristine grounds; a hard court somewhere in the suburbs; and a pitch surrounded by a coastline and tropical trees (which actually looks like host country Brazil).

Last April Fools’ Day, Motorola released a 192-frame stop-animation featuring appearances by such “mythological” creatures like the Yeti, a UFO and the Loch Ness monster to celebrate the day of jokes and pranks. They also showed a behind-the-scenes look on how they created the boot animation, starting from the sketches, building a set to shoot the stop animation and its 192 frames. Let’s wait and see if there will be a behind-the-scenes video as well for this World Cup edition.