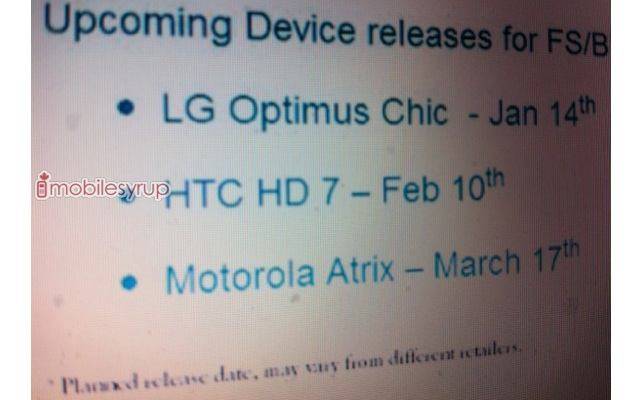 Hands-down the Motorola Atrix was the most impressive cell phone at this year’s CES. Being something completely new the table, the game-changing phone has been the talk of the internet. However, we still do not know officially when we will see the device. But, according to a leaked slide, Bell Mobility may launch the device on March 17th.

The leaked document shows the 17th of March to be the “planned release date,” and states that it may vary across retailers. The phone is set to be carried exclusively by Bell but before this leak all we knew is that it would launch in the “coming months.”

Hopefully this is true and we will be getting our hands on the device here in two months!