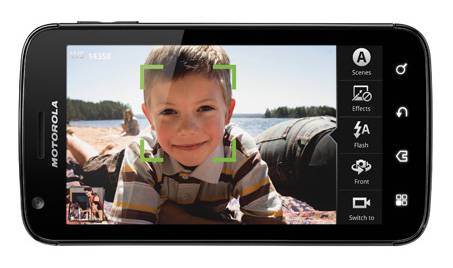 As we near the official launch of the Motorola Atrix 4G, rumors and speculation are pouring in about the supposed features of the device. One of these is that the devices 1080p video capture will not be supported until after it’s launched. For those who remember at CES the device was said to be able to capture 720p, but its processor could definitely handle 1080p, so why the wait?

According to the fact sheet on Motorola’s website, the device does indeed support 1080p playback and video capture, but this feature will be added post-launch via software update. This is similar to how Snapdragon phones received 720p support after launch.

Now this hopefully means that Motorola is pushing hard to get this device to the masses, and soon. They seem to be not letting anything get in their way and anything that can be fixed via software update has been pushed to the bottom of their to-do list to launch the device as soon as possible.