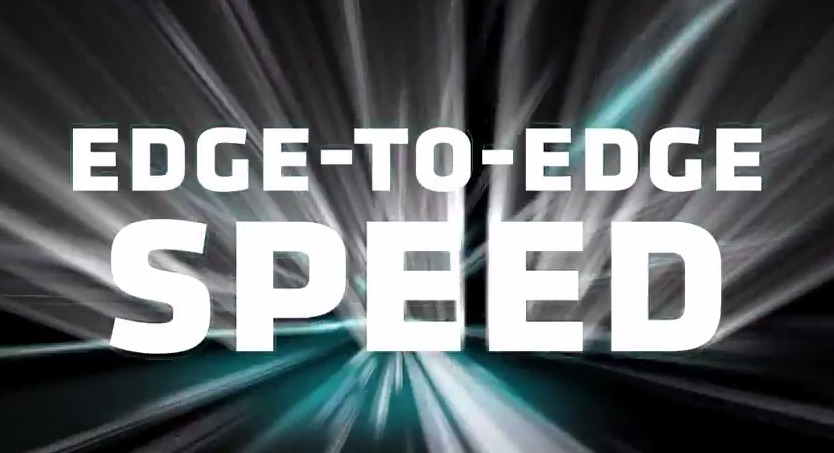 Motorola is at it again this afternoon after they posted a quick teaser video toying with everyone before their event in London next week. Motorola and Intel have sent out invitation where they’re expected to announce their latest device. Which will be Motorola’s first smartphone powered by Intel’s Medfield processor.

We already have a pretty good idea of what to expect from the announcement, so it won’t really be a surprise. The new Motorola DROID RAZR M that Moto announced in NYC last week is surely the star of the show. With its small design and nearly edge-to-edge 4.3-inch AMOLED display.

The difference between Verizon’s DROID RAZR M, and the international Motorola RAZR M is the processor. In London they’ll be showing it off with Intel’s own dual-core processor, not the Qualcomm S4 we’ve seen here in the US. The first confirmation of this device was leaked way back in February, but now we’ll finally see it for real.

From our previous hands-on time with Intel’s Medfield processor, while it’s powerful, it won’t be able to outpower the Qualcomm Snapdragon S4 inside the Verizon model. This however is a great first step for Intel and hopefully they’ll continue to improve their mobile processors. We are expecting the RAZR M international model to be debuted in London on September 18th during their joint event with Intel, and it could feature the same grey color design as the leak mentioned above back in February. In the meantime checkout our sister site SlashGear’s review of the DROID RAZR M — since they’ll be nearly identical hardware and software wise.

Did you count how many times that video said edge-to-edge? I didn’t. Stay tuned for more details as the event grows closer.