There are many things still unknown about the Moto X successor, but now Motorola itself might have accidentally leaked out one crucial spec Thanks to this screenshot from Motorola exec Punit Soni, the Internet is ablaze with the speculation that the Moto X+1 will have a 1080p screen.

The context of the screenshot couldn’t be farther from discussion about the Moto X+1. It was simply a response to a blog post claiming that Motorola still isn’t fixing a certain bug on the Moto G. Motorola’s VP for Product Management countered with a screenshot proving that in the coming Android 4.4.3 update, there is now an option to turn off the network name in the status bar. 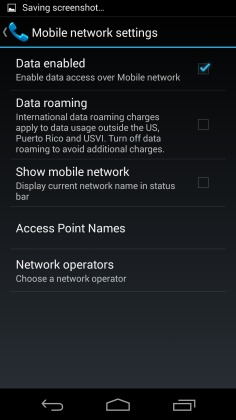 While that news might be relevant for some users, what is notable is the screenshot itself, or rather its size. The image has a resolution of 1920×1080. In other words, full HD. This is significant because, as of the moment, there is no Motorola smartphone that has that kind of display. Unless Suni resized the screenshot or was using a non-Motorola device, both of which are quite unlikely, we could be looking at the first solid hint about the Moto X+1’s display.

That said, there are still too many missing pieces to the puzzle, like how big that 1080p screen will be. We still have to see how Lenovo’s ownership of the Motorola name will affect in any way the design of Motorola’s next flagship. And perhaps more importantly, we still have to know when. The birthday of the Moto X is just around the corner, and hopefully everything will fall into place before then.