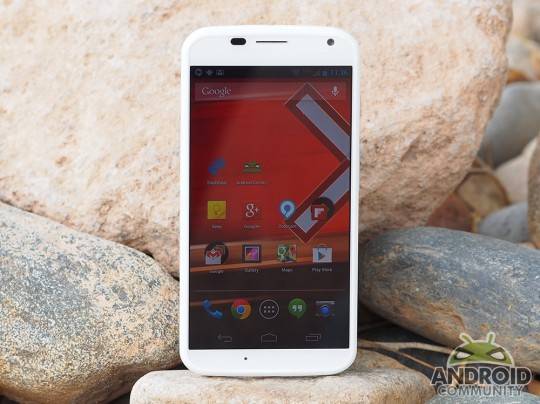 Motorola will be announcing the Moto G shortly. The handset is expected to be a lower-cost alternative to the Moto X. And coincidentally, we recently saw price cuts for the Moto X both on and off-contract. Motorola also opened up the Moto Maker to all four major US carriers this week. But with all this Moto X news, a new report coming from the Wall Street Journal brings talk of poor sales.

The important point to mention here, the sales information hasn’t come direct from Motorola. Instead, this report is based on “people familiar with the matter.” That being said, there was talk of “weak sales” for the Moto X. Research firm Strategy Analytics is estimating that Motorola has sold roughly half-a-million during the third quarter.

In comparison, the Samsung Galaxy S 4 managed to climb above the 10 million mark in the first month of availability. While the Moto X may not have lived up to all the expectations of Google and Motorola, we will soon see how well the Moto G will do. The Moto G is going to be announced on November 13th.

We have been seeing some specs leak for the Moto G recently, but much of the focus seems to have been on the pricing. Another Strategy Analytics analyst, Neil Mawston has said he expects the Moto G to arrive priced somewhere between the Galaxy S III and Galaxy S2, assuming someone were to buy either device new and off-contract.

Perhaps the key here will be for Motorola to find the right markets for such a device. We are expecting to learn where the handset will be available during the event tomorrow, however given the location for the event — it seems likely the Moto G will at least be available for those in Brazil.

Otherwise, the Moto G event will be streamed live on Google+, should you feel the need to watch the announcement live and as it happens.