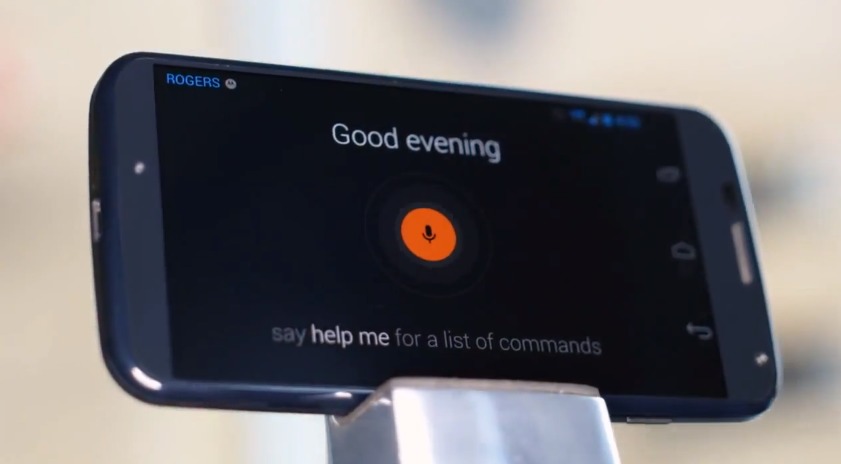 We have not one, but two videos of the Moto X for you this fine Sunday afternoon. If you’ve been waiting to see the Moto X in all it’s glory, today we’re getting an official look thanks to a leaked promo video from Canada’s Rogers Wireless. Someone’s not going to be happy about this one. An official video has leaked showing off the phone, hands-free voice actions, and what appears to be plenty of custom or Android 4.3 features as well.

Not only do we have a video below from Rogers giving us some of the clearest views of this handset to date, but another second video has leaked this morning revealing something major. What might that be? The processor. According to the second video you’ll see below the Moto X isn’t running on an older dual-core processor, but instead appears to rock the Qualcomm Snapdragon 600 quad-core we were all hoping for. It isn’t the 800 series, but we’ll take it.

First things first, check out this video from Rogers Wireless found by AusDroid. Not only does it appear that Google Now will be getting a huge update in the future, but you’ll be able to control everything with your voice and not even touch the phone. Notifications will light up the screen (instead of a notification light) and the lockscreen will be intuitive and actually unlock you right into the notification. We can see a message right in the notification circle. Then gestures for launching the camera and more. Take a peek.

The video talks about being a Rogers exclusive, but that might just be in Canada. It’s coming to virtually every US carrier. It leaked yesterday for Verizon, and the video below shows it running on AT&T. I’m a bit concerned about the “always-on” mode mentioned, but we’ll learn more about that soon enough. The video below claims the Snapdragon 600, but appears to show a new improved dual-core Snapdragon S4 Pro that’s been upgraded with the Adreno 320 GPU.

We’re seeing a lot of leaks lately about the Moto X, and it’s looking quite likely that August 23rd will be the official release date. We’re starting to think the customization options will be a US only deal. The leakster from Vimeo has a few more videos worth checking out too, for those interested.

We’ll continue to be on the lookout for more details about the upcoming Google Moto X. I like what I’m seeing, but I’ll never do that camera gesture. Ever.