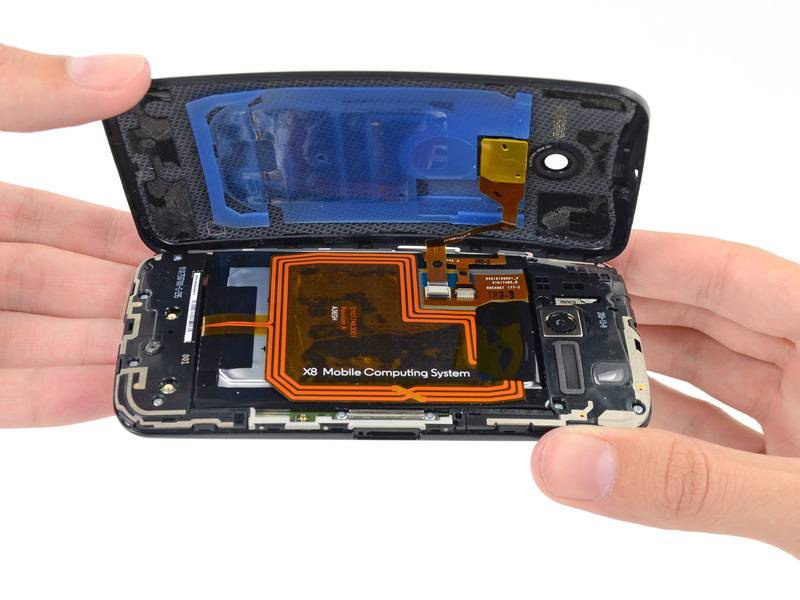 The new smartphone from Google you all know as the Moto X has been making of lot of noise lately. The device is finally hitting AT&T today, and other carriers this weekend, and those folks from iFixit already broke one down into tons of little pieces. As usual the teardown gives us a look inside the device, how it was built, and a repair-ability rating.

iFixit in their usual fashion have torn apart the brand new Moto X smartphone, the standard black model, and revealed all sorts of information. The device is extremely well made, packaged tightly, but there seems to be glue and adhesive everywhere. Trying to pry the back off they met a huge blue adhesive pad, and they weren’t too happy about it.

Thankfully Motorola hid some of the ribbon cables under the pad, so those that do dare to tear their device apart won’t accidentally rip out the cable and ruin their device. They still would advise against doing so, but at least there’s some precautionary measures here. Another good note is the spring pads and pressure contacts for easy dis-assembly, but putting it back together might not be as easy. 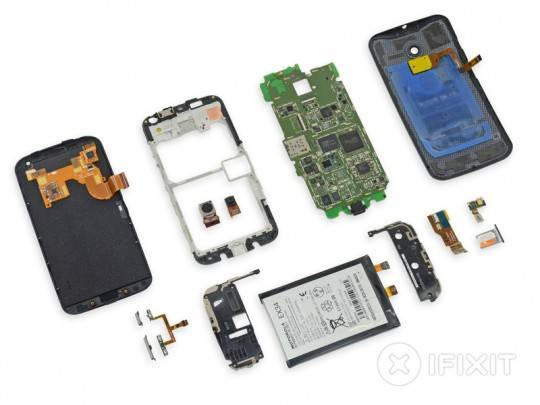 Motorola appears to have completely covered the processor, RAM, and all those other chips sitting next to that dual-core processor. Usually this is all in the open, but its covered and simply earned a little label calling it the “X8 MobileComputing System”. Which as we all know has two processing cores, quad-core GPU for graphics, and two more cores for language and contextual learning. So technically 8, but yea, you know the drill.

In the end it looks like the Moto X is a finely tuned and built device, but the load of glue and adhesive was a bad sign and didn’t make iFixit too happy. Overall the device looks nice inside, and shouldn’t be extremely difficult to repair. However, they haven’t quite finished their assessment so we don’t have a repair-ability score quite yet. There’s pictures though!

More on the Moto X, customizations from AT&T, and additional info can be found in our timeline of links below.