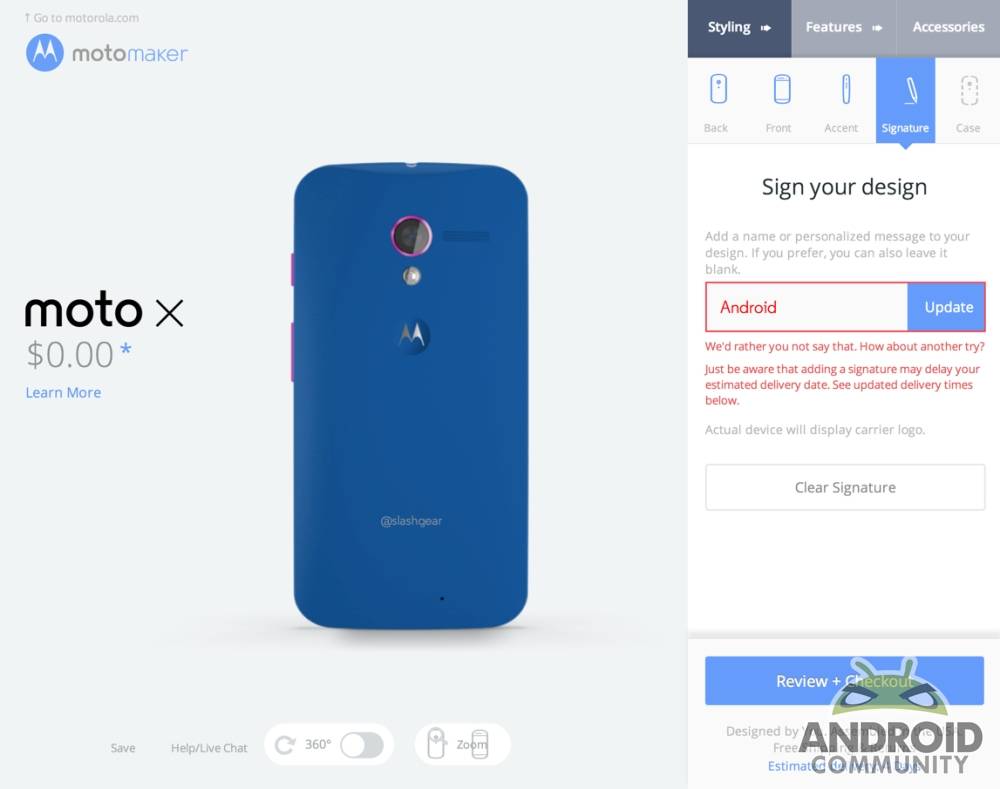 Well, we have a bit of bad news this afternoon for all of you who were anxious and excited to completely customize your new Moto X smartphone. As we know, the Moto X and customization options go live from AT&T on the 23rd, but we’re now hearing the engraving signature option has been scrapped just days before launch.

Reports have just started to surface that Motorola has, at the last minute, decided to pull and no longer offer the custom engraving “beta” option for the Moto X. Due to some quality concerns, since they want everyone’s Moto X to be perfect, and we won’t be seeing it until it’s up to their standards.

This doesn’t mean custom engraving options and signatures won’t be available, it just won’t be an option for those looking to customize their device on launch day. We’ve reached out to Motorola, and it looks like the customization option will return at some point, but they’re not sure exactly when.

The MotoMaker site will allow buyers of the Moto X over on AT&T to customize the color, accents, wallpaper, and much more for the new phone, and sadly you won’t be able to put your name, Twitter handle, or something snazzy on the back anymore. Hopefully this option will return soon, and be available once Verizon offers customizations later this year. More details on the entire MotoMaker process can be seen in our hands-on coverage.