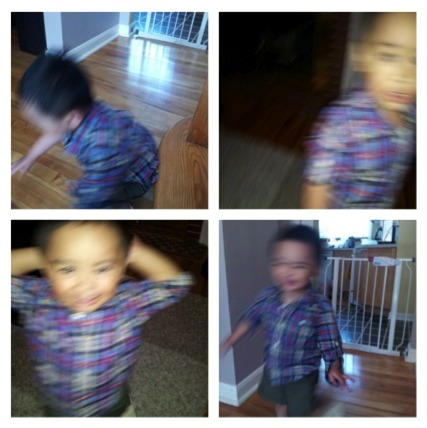 Motorola has continued teasing the Moto X smartphone this weekend. The latest is coming by way of the official Motorola Mobility Twitter account and it seems to be talking about the speed of the camera. Motorola didn’t say much and certainly didn’t reveal any specifics, but they did drop this tweet along with the image you see sitting below.

The tweet talked about how “either this kid is really fast, or today’s phones are really slow.” Of course, take that along with the image that accompanied it and you sort of get the idea. Motorola appears to be taking a down to earth approach here and seems to be talking to regular users that may not care about megapixels.

Basically, it looks like Motorola is going after the average user that simply wants to not miss a picture. And for that it sounds good. On the flip side, we suspect the geekier users are wondering whether this means an improved camera, a quicker way to access the camera, or maybe a combination of both.

This tweet coming from Motorola does have us looking back to some of the earlier rumors though. We haven’t heard a tremendous amount about the camera, however an early-June leak did suggest the Moto X would have a new “Clear Pixel” camera. Specifically, that earlier rumor suggested the Moto X would have the clear pixel camera with gesture controls.

Some of the talk of the gesture controls sort of connect back to what Motorola appears to be saying about the speed. Basically, it is looking like these gesture controls will bring faster access to the camera. Those earlier reports talked about how a flick of the phone could possibly turn on the phone and launch the camera. Time will tell the true specs for the Moto X, but in the meantime, it is nice to see Motorola connecting some of these earlier rumors.