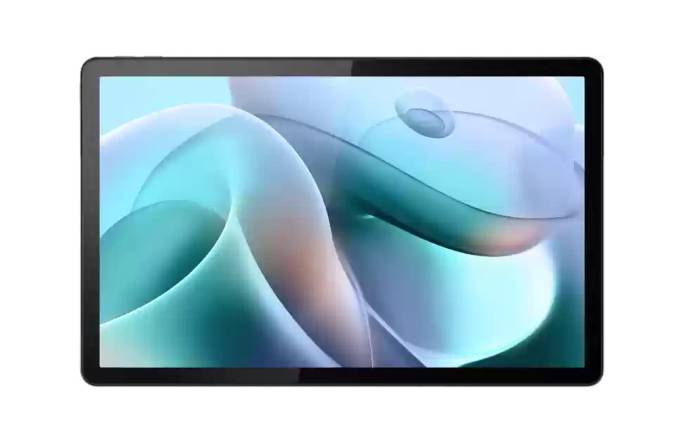 Motorola has launched its second Android tablet in India. Announcing the launch through a Tweet, the company claims the new Moto Tab G70 G70 LTE is a tablet without “adware and bloatware” to enhance user experience. The Motorola tablet offers “near stock Android” experience and is the successor to the brand’s Tab G20, which was announced last year but was far from being one of the best Android tablets in 2021.

The Moto Tab G70 LTE, arriving with a much bigger, brighter screen and battery backup to entice the binge-watchers, should be able to present a better stake against the competition this year. The tablet is powered by MediaTek Helio G90T chipset and runs Android 11 out of the box.

Let no adware or bloatware get in the way of your entertainment. Meet the new #mototabg70LTE that comes with Near-stock Android™ 11 making it more intuitive, secure, and personal. Pre-order yours at just ₹21,999 on @Flipkart. #BornToEntertain #gomotog ​https://t.co/xAxY8Fx2x6 pic.twitter.com/kCfYhvs7hV

For its display, the Moto Tab G70 LTE arrives with an 11-inch LCD display, which is a considerable size increment from the 8-inch Moto Tab G20. The 11-inch screen touts 2K resolution, 2000×1200 pixels resolution, and 400 nits of peak brightness.

The octa-core processor powering the guts is accompanied by 4GB RAM and 64GB of storage. The internal storage can be enhanced up to 1TB using a microSD card. For the optics, the new Moto Tab G70 features a single, 13MP rear-facing camera and an 8MP front shooter for capable selfies and clear video calls supported by quad speakers with Dolby Atmos.

Using its 7,500mAh battery, the Moto Tab G70 LTE is likely to offer up to 12 hours of playback. It can be instantly charged with 20W fast charging. Connectivity on the tablet is ensured by dual-band Wi-Fi, 4G, USB-C, and Bluetooth 5.1.

The tablet weighing 490 grams is IP52 rated against dust and water and comes in a single, Modernist Teal color. The Moto Tab G70 LTE is now available online on Flipkart for Rs 21,999 (approx. $300).