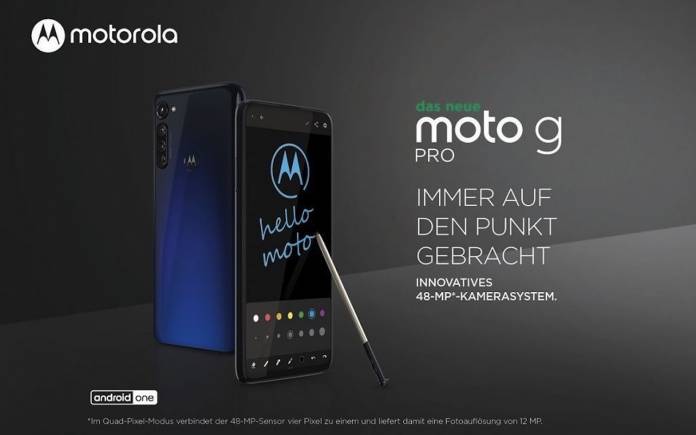 The Moto G8 was officially announced last quarter in Brazil. Its Plus, Play, and Power Lite versions were announced before the regular G8. The Moto G8 appears once again but now with a different name in the US. The Moto G8 will be known as the Moto G Fast. Meanwhile, in Europe, the Moto G Stylus will be called the Moto G Pro. That’s two not-so-new models but they both can help Motorola in selling more Android phones. The brand may not pull in much revenue through the new phones but they can certainly capture the attention of the market.

Rebranding the Moto G8 and the Moto G Stylus may be good for the company. Most OEMs introduce rehashed versions of products as they might give a different appeal to newer markets. Starting with the Moto G Fast, this rehashed Moto G8 is expected to have almost the same specs from the 6.4-inch HD+ screen to 4GB of RAM, Qualcomm Snapdragon 665 processor, 4000mAh battery, 64GB storage, and a 4000mAh battery.

The mid-range Motorola smartphone runs on Android 10. It comes with a triple rear camera setup that includes a 16MP main shooter with fast focus and AI plus an ultra-wide-angle lens and a Macro Vision camera with 5x close-up zoom.

The Moto G Fast is the Moto G8 sold in Australia, Asia, Europe, and Latin America. We’re expecting the same features you find in most Android 10 phones. There is no formal announcement yet from either Lenovo or Motorola but a related video has been leaked.

The phone has a bigger 128GB onboard storage and it can also support memory expansion. It also features a 4000mAh battery and Android 10 under the Android One program. Let’s wait and see for the official reveal.