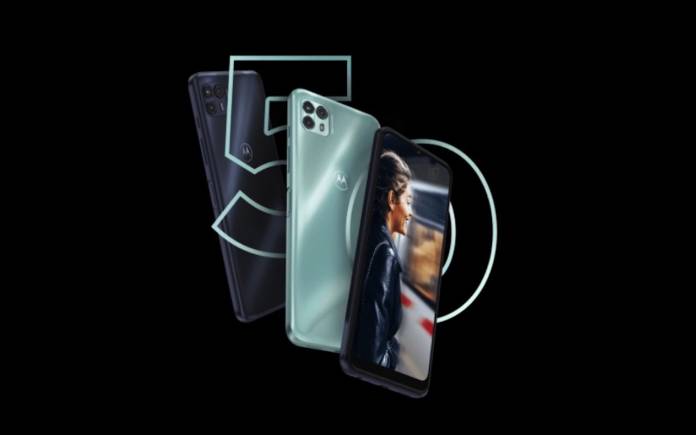 Motorola released the Moto G50 back in March together with the Moto G10 and Moto G30. It was followed by the Motorola Moto G60S announced in Brazil earlier this month with Helio G95 SoC. An updated version of the Moto G50 is now available: the Moto G50 5G. The budget smartphone has been updated with 5G connectivity which makes it powerful enough. The phone is now out in Australia but we can expect this to arrive in other key markets as well.

The Moto G50 5G now runs on MediaTek Dimensity 700. The earlier version was powered by a Snapdragon 480 chipset. That’s the only major change in the components but it delivers ultra-fast 5G connection.

The 5G budget phone from the Lenovo-owned company still comes with the same 6.5-inch HD+ LCD screen with 90Hz refresh rate. There is a selfie camera placed under a notch. The bezels are thin but the chin is very noticeable.

When it comes to the imaging, Motorola made some adjustments. The rear cameras (48MP + 2MP depth + 5MP macro) are now placed in an inverted L-shaped position.

The system is inside a square camera module. It’s different from the vertical layout inside a rectangular bump of the original Moto G50. The smartphone comes with 128GB onboard storage, 4GB RAM, side-mounted fingerprint reader, and a large 5000mAh battery.