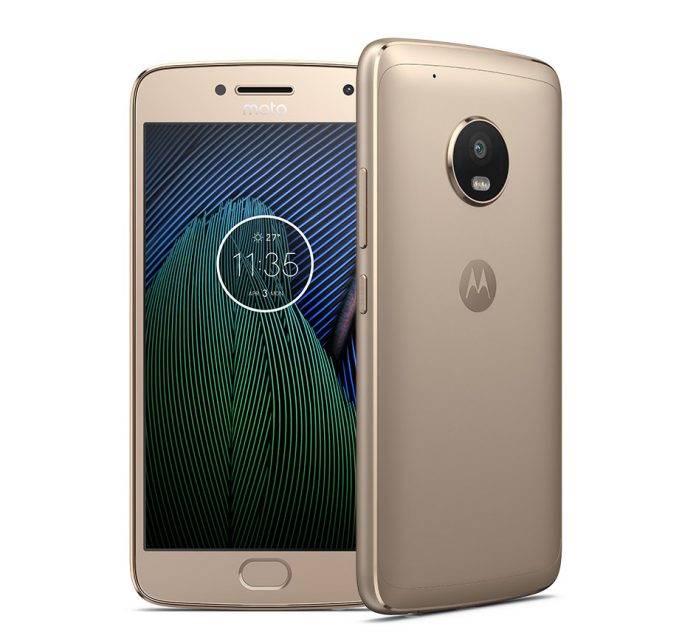 When the Moto G5 Plus was announced earlier this year at the Mobile World Congress, people were pretty psyched about seeing a budget-friendly device with specs that are more than decent. What we didn’t know is when it will arrive in the US. Now the wondering is over as the device is officially available through various retail channels. For owners of the previous generation Moto G4 Plus, there’s also good news: the Android 7.0 Nougat is rolling out to the unlocked versions in the US.

The Moto G5 Plus has a 5.2-inch 1080p display and is powered by a Snapdragon 625 processor. It runs on near stock Android Nougat already, has a 3,000 mAh battery and is made up of a combination of a metal/plastic body with water repellent nano coating. Camera-wise, it has a 12MP main camera with dual LED flash while the front-facing one has a 5MP shooter. It also has fingerprint sensor as well as the other usual sensors like accelerometer, compass, gyroscope, etc.

The smartphone comes in two variants. The 2GB RAM / 32GB storage costs around $229 while the 4GB RAM / 64GB storage will be at $299. There are two colors available for now, the Lunar Gray and the Fine Gold. When you pick up the device at any of the retailers like Republic Wireless, Amazon, Best Buy, etc, you will be able to use with major US carriers like AT&T, Verizon, and T-Mobile.

Meanwhile, the Moto G4 Plus is getting a shiny new upgrade as the Android 7.0 Nougat is finally rolling out to the unlocked versions. Users will be able to enjoy all the new features including inline notification replies, multi-window mode, better battery life with improvements to Doze, and other goodies. The update is at 741MB so make sure you have good Internet connection and enough space in your device for the update.