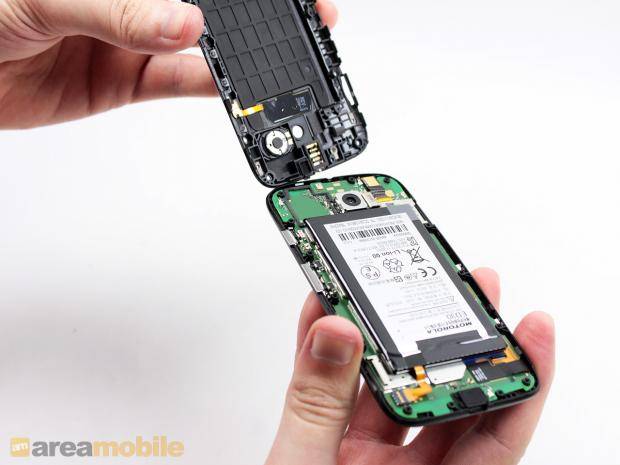 The folks at AreaMobile.de have performed a teardown of the Moto G. And while it is always interesting to see the insides of your device without having to be the one doing the teardown and risking your personal device, it seems this teardown was done with internal storage in mind. At risk of offering the spoiler in the beginning, there isn’t any way to expand things beyond the factory set 8GB or 16GB.

The AreaMobile crew did the teardown in an effort to see if rumors of Motorola using removable memory as opposed to flash memory were true. It seems they were looking to swap things and end up with something greater than 16GB. Once inside they found the memory could not be removed without soldering experience. Not to mention, even if they could have removed it, the end-user would not be able to be expand the storage. 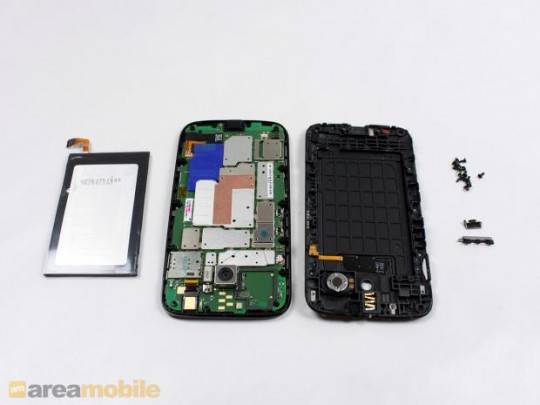 It seem Motorola did later confirm the use of eMMC memory in the Moto G. Nonetheless, even with the ability to get to this on the inside, it cannot simply be swapped without tools from the manufacturer. No real surprise in respect to the memory, however the teardown did have some other interesting tidbits.

For one, the teardown shows what amounts to a relatively simple process. Much of the process can be done using a T4 screwdriver and it appears as if the battery can be replaced with little worry. Of course, that doesn’t necessarily mean anyone and everyone should crack open their Moto G in an effort to replace parts.

Anyway, a few images courtesy of AreaMobile can be seen above, and for some additional images, check the gallery below for some that were provided to us by an anonymous source. And just to clarify, the images in the below gallery are of the US version.