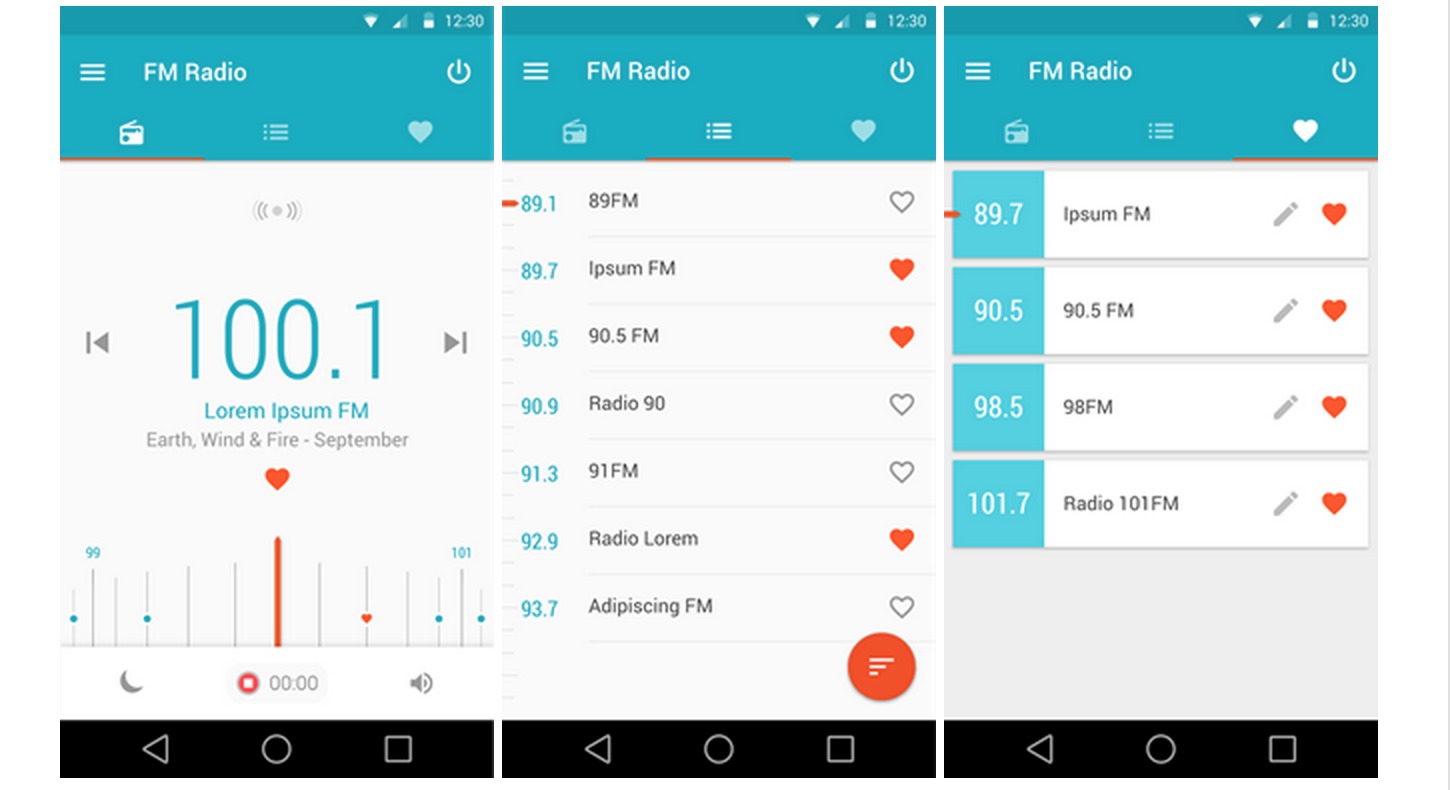 Who here still listens to terrestrial FM radio? No one? Well, some smartphones still do have FM radio features built into them, like Motorola’s Moto G or Moto E series. And because of that, Motorola still maintains the Moto FM radio app for these devices. In fact, they’ve now given a make-over to the app in the latest update, which includes Material Design, the ability to record from the tuner, and some UI improvements as well.

The previous user interface of the Moto FM tuner app wasn’t really something great, and so it wouldn’t have enticed you to use it even more, if you used it at all. But now the look and UI has been overhauled, and of course it’s the Material Design visual guideline that has been implemented. Okay, it probably won’t really get you to start listening to the FM radio, but the white and teal color scheme is definitely prettier than the one before, so it’s not as painful to use.

You can also now record directly from the tuner, which may remind some of you of the times when you used to record your favorite songs directly from the radio onto a cassette tape (if you do remember that, then that dates you eh?). And if you have an audio editor on your device (and a lot of time on your hands), then you will be able to create unlimited tracks. And if you want to go to sleep while listening to the radio, you can set the timer so that your smartphone’s battery will not be wasted once you’re already asleep.

Unfortunately, if you’re not using a Moto G or Moto E smartphone, even if your device has an FM tuner, you won’t be able to use the app. But if you do have a compatible device, then you can check out if the update for the Moto FM app is already ready for you.