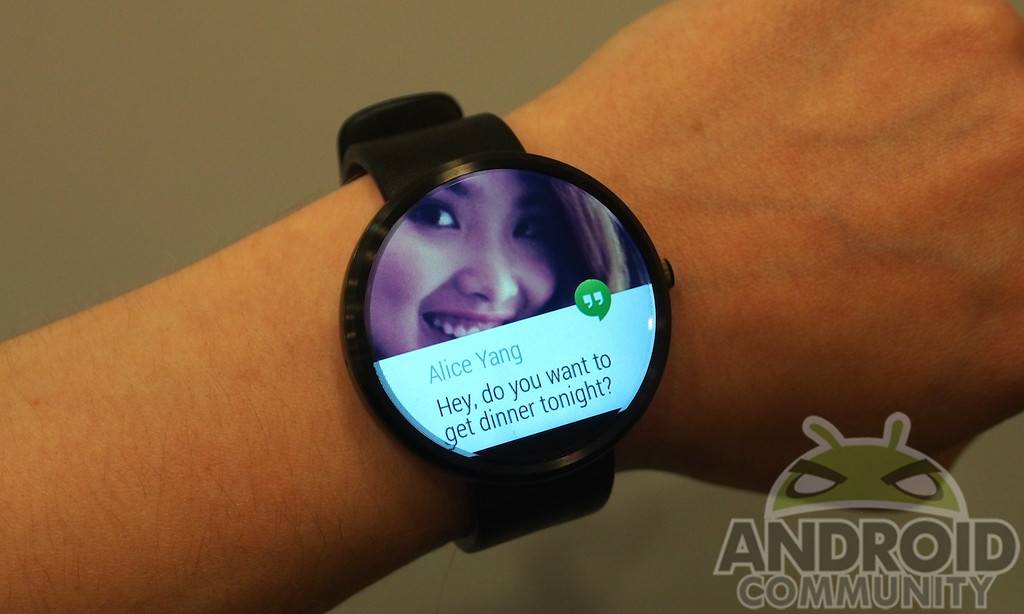 A popular topic from Google I/O has been Android Wear. Or maybe a bit more specific — the three watches that were announced and shown off. These include the LG G Watch, Samsung Gear Live and the Moto 360. The first two watches are already available for pre-order from the Play Store, but those looking toward the Moto 360 still have some time to wait.

Motorola has been showing the Moto 360 during Google I/O. We even spent a bit of hands-on time with the watch. But it seems Motorola doesn’t want to leave all the hands-on Moto 360 coverage to the press. Motorola has recently shared a 2 minute and 15 second video dubbed the Official Moto 360 Demo at Google I/O.

The Motorola video shows much of what we’ve already been seeing, however we suspect there are more than a few looking to see more of the circular Android Wear smartwatch. Anyway, the video offers details on the materials that make up the watch, and runs through the feature set. They also showed several of the available watchfaces, and mentioned how there would be more watchfaces coming this summer when the watch is released.

As to that last point, the video also goes with the “later this summer” timeline in terms of a release for the Moto 360. The LG G Watch and Samsung Gear Live are selling for $229 and $199 respectively, but so far, Motorola hasn’t offered anything in terms of Moto 360 pricing. Now seems to be the big decision — go with one of the currently (available for pre-order models) — or wait for the circular 360 to come available.