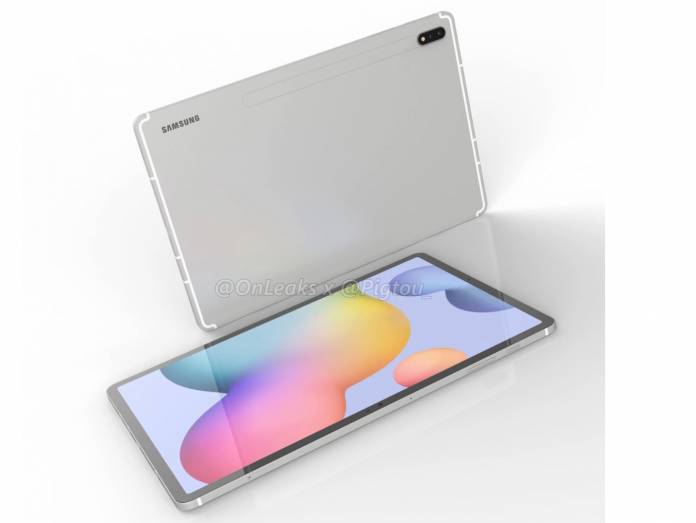 We’re still a few weeks away from the official unveiling of Samsung’s flagship tablet offerings for 2020, the Galaxy Tab S7 and the Galaxy Tab S7+. We’ve been hearing leaks about the devices for a few weeks now and we’ve even seen how it will possibly look like. Now we’re getting a more detailed specs sheet for the more premium Galaxy Tab S7+ and while these are not official of course, it will give us a better idea of whether or not it is worth it to upgrade or to get a new tablet.

SAM Mobile shares that previously, we found out that the Galaxy Tab S7+ will have a 12.4-inch display and the additional detail is that it will have an AMOLED display with a 2800 x 1752 pixel resolution. This means that the screen will not be as sharp compared to the Galaxy Tab S6 from last year since it has a larger display and the pixel density will be around 267 ppi. It will be powered by the Snapdragon 865+ processor which is 10% faster than the Snapdragon 865.

The tablet will have either a 6GB or 8GB RAM, with 128GB or 256GB internal storage and will probably come with a microSD slot as well. It will support the S Pen and since it has Bluetooth, it can function as a remote control as well, similar to the Galaxy Tab S6. It will have dual rear camera setup with 13MP and 5MP while the front-facing one is an 8MP camera. It will be running on Android 10 and One UI 2.5 out of the box but the latter is still pretty much unknown.

The battery will be 10,090 mAh but while initial reports say it will not support 25W or 45W fast charging, new information has surfaced that it might do so. A newly surfaced certification from Danish authorities show that the international WiFi model, the Korean model, and the International 5G variants of the Galaxy Tab S7+ mentions both the 15W charging and the 45W fast charging speeds. Plus, there might be an in-display fingerprint sensor but whether it’s an optical sensor or an ultrasonic sensor, that remains to be seen.