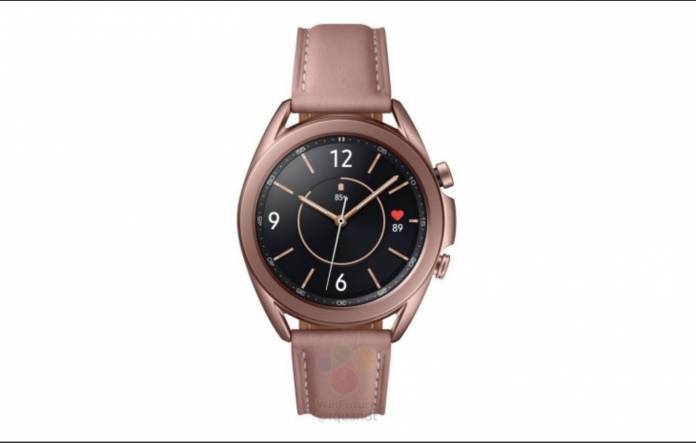 We’re still a few days away from officially finding out all of Samsung’s newest devices but it seems like we practically know everything about the Galaxy Watch 3. We’ve seen several leaks about the smartwatch the past few weeks and now we’re getting more. This includes a hands-on video from a tech blogger which if true basically gives us our first real look at the wearable. Nearly all of the things that we’ve been hearing about it are apparently true, at least based on the video.

The video from TechTalkTV shows off the 41mm version of the Galaxy Watch 3 and confirms a lot of the things that we’ve been hearing about. First of all, yes, it does come with a physical bezel but this time it has been slimmed down. The buttons have also been redesigned and so the wearable now looks more like a regular watch as compared to previous smartwatches from Samsung. The video also confirms things like ECG, IP68 5ATM water and dust resistance, Gorilla Glass DX protection, and 8GB of internal storage.

Meanwhile, German website WinFuture also gives us more detailed information about the smartwatch as well as some photos. Aside from the 41mm version in the video above, we’re also getting a 45mm variant and several color options. The bigger version will get black and gray colors while the smaller variant will have a bronze one at launch (but expect more colors eventually). They both have 360 x 360 pixel resolution but with 1.2-inch and 1.4-inch diagonal display respectively.

The Galaxy Watch 3 will be powered by Samsung Exynos 9110 and the 41mm one will have 247mAh battery while the bigger 45mm will of course have a bigger battery at 340mAh. The maximum runtime is 56 hours. Software-wise, it will have 39 different sport modes and also offer basic functions like pedometer, heart rate measurement, distance determination, etc. You will also be able to monitor your sleep including REM phases and you can turn it into an ECG and also monitor stress levels.

And as if one wasn’t enough, yet another unboxing and first impressions video just appeared to give a hands-on glimpse of one of Samsung’s worst-kept secrets:

There are no details yet about the pricing of the Galaxy Watch 3 but we’ll probably hear more about it the closer the announcement date is. It is expected to be unveiled on August 5 at the virtual Unpacked event alongside other Samsung devices.