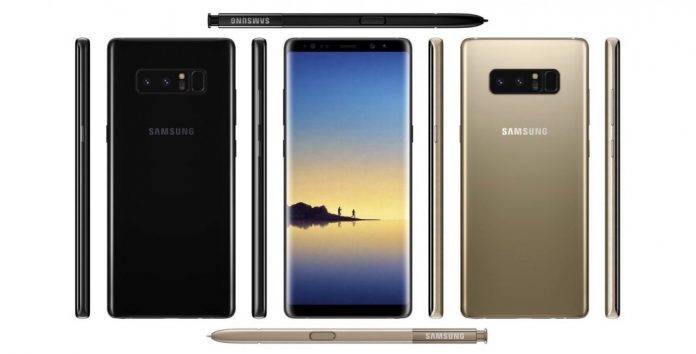 The Samsung Galaxy Note 8 is set to be announced in New York this coming August 23. We noted that it may be released in South Korea starting September 15 while pre-order may begin as early as August 25 in Australia. We know that more information will be leaked as D-Day approaches aside from early photos and probably hands-on analysis as well.

We’ve been hearing rumors and speculations about the new Note model and we’re excited to know which ones will actually turn out to be true. We’ve got some details believed to be the final specs and features. The source was someone briefed on the new product and according to this person, the Samsung Galaxy Note 8 will be IP68-certified. We heard about that before so we believe it.

The US version of the Samsung Galaxy Note will be equipped with a Snapdragon 835 processor while the global variant will use an Exynos 8895 chipset. Other specs include a 6GB RAM, 64GB onboard storage, microSD card slot for expansion, 12MP dual rear cameras (f1.7/ f2.4 with 2x optical zoom), 8MP front-facing cam with f1.7 autofocus lens, and a 3300mAh battery with fast-charging tech. The phone can be charged wirelessly or via the USB-C port.

When it comes to color options, we know the Samsung Galaxy Note 8 will be available in Midnight Black and Maple Gold first with a €1,000 price tag (around $1,185). The Deep Sea Blue and Orchid Grey Note 8 will follow in a few weeks. We’re not sure if a Rose Pink model will be ready but we know that one will have a market.