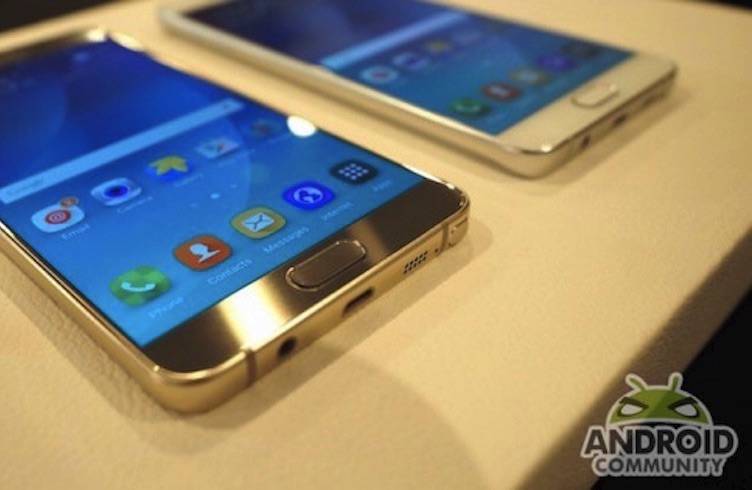 After the OnePlus, we’re guessing the upcoming Galaxy Note 7 will be our next favorite subject. Actually, it already is as we’re interested in hearing all about the phablet. We know that it won’t be a Note 6 but a Galaxy Note 7 according to a recent leak of the logos. We also heard about the Blue Colar reference andnow we know there will still be a flat variant. The South Korean tech giant will continue with the tradition of a flat phablet contrary to what we heard last week.

We also know there will be an iris scanner as Samsung filed for iris-eyeprint related patents over the weekend. The latest information we got were some details on the specs of the Note 7. This particular leak tells us of the following specs: 2.3GHz quad-core Snapdragon 821 processor or an Exynos 8893 chipset for the US market, 5.7-inch Quad HD Super AMOLED screen, 6GB RAM, 64GB/128GB/256GB onboard storage, microSD card slot, 12MP dual pixel camera with phase detection, 5MP front camera, fast charging support, and a 4000mAh battery. Rumor has it that it will already feature the new Grace UX on top of Android 6.0.1 Marshmallow.

The new Galaxy Note 7 leak also tells us the device will finally have USB Type-C port, making it a first for Samsung. The S-Pen stylus will still be present but with some major changes. Samsung Pay is also expected to be a special feature of the new Galaxy S7 and S7 edge. Of course, we’re not leaving out the information that the phone will also be IP68-approved which means the phablet will be water- and dust-resistant.