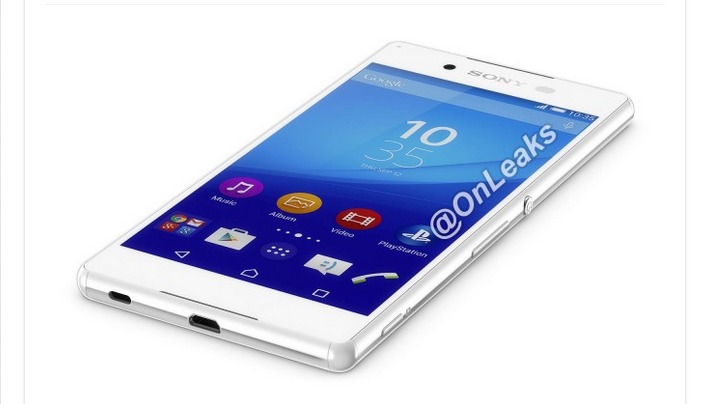 If you believe the source and the images that have been leaked, we’ve got ourselves our first full look at the upcoming (but unconfirmed) new flagship from Sony, the Xperia Z4. The photos show the physicality of the new smartphone, confirming some of the earlier leaked details. The source for the pictures also added some previously unknown details about it, including Sony possibly releasing two variants of the Xperia Z4, with the main difference being screen resolution.

We assume that the leak might be from South Korea, as the home screen shows a couple of icons in Hangul. What’s notable also from the front homescreen view is that the Android circular button has now been replaced by the usual Sony “house” icon. The side view shows the off-center power button, volume toggles and dedicated camera button on the right side, while the SIM and microSD slot are on the left side. The larger view of the front screen shows off, or rather hides well, the front-facing speakers while a cut-out next to the charging table looks a bit mysterious, but it might be another speaker. 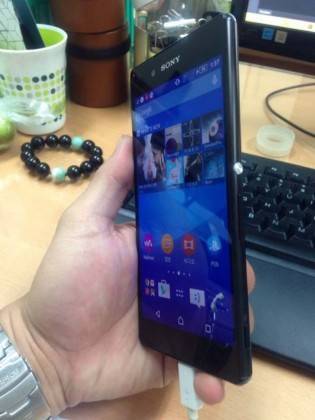 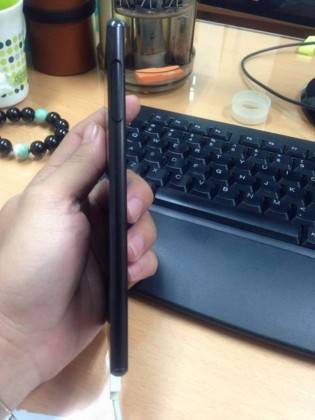 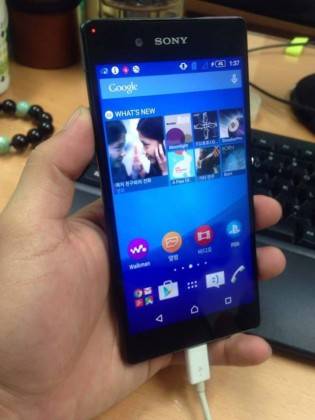 While the material for the side panels and the front look plastic from the leaked pictures, the back looks to be made of glass, and even gives you a glimpse of those taking the leaked pictures (let’s see if Sony will do something about them). According to the tech website where the pics can be found, these images are for Model E6553 and in fact will have two variants. But the main difference is that one has a 5.2-inch screen with 2560X1440 resolution (QHD) while the other has the same resolution, but with a 1920X1080 HD resolution. This is an unusual offering of variants, and might confuse the market as well. 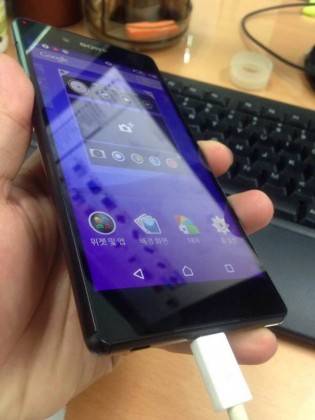 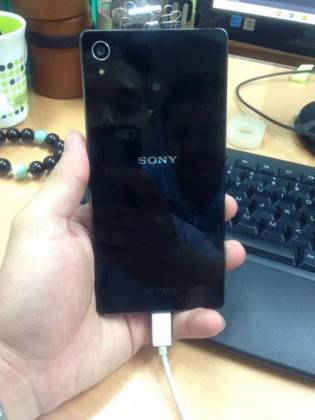 Other specs mentioned is that it will have a Snapdragon 810 processor, a 4GB RAM, S-Master HX Digital Audio, an IP68 certification. In terms of cameras, it will reportedly have a 20.7 MP main cam, and a 5MP front-facing one. There is still no word from Sony if there will even be an Xperia Z4, so all of this is still speculation and conjecture.