Trust OnLeaks for information that usually turn out to be true. Steve Hemmerstoffer definitely has more reliable sources. Don’t ask who or what those are but we’re just glad we can see “leaks” ahead of time that are close to the real thing. In a series of tweets, OnLeaks revealed the upcoming LG V30 will support wireless charging. This means the phone may have a glass back. He also said the phone will have a dual rear cam setup.

Steve H. posted an image render of the LG V30 based on a previous factory CAD, as well as, an illustration of the phone from its user manual. The two images of the V30 match and looks a lot like the LG G6. There’s the dual rear camera system and flash. The circle button at the middle of the rear panel appears to be a fingerprint sensor. We don’t see any secondary screen so it’s kind of disappointing if true. 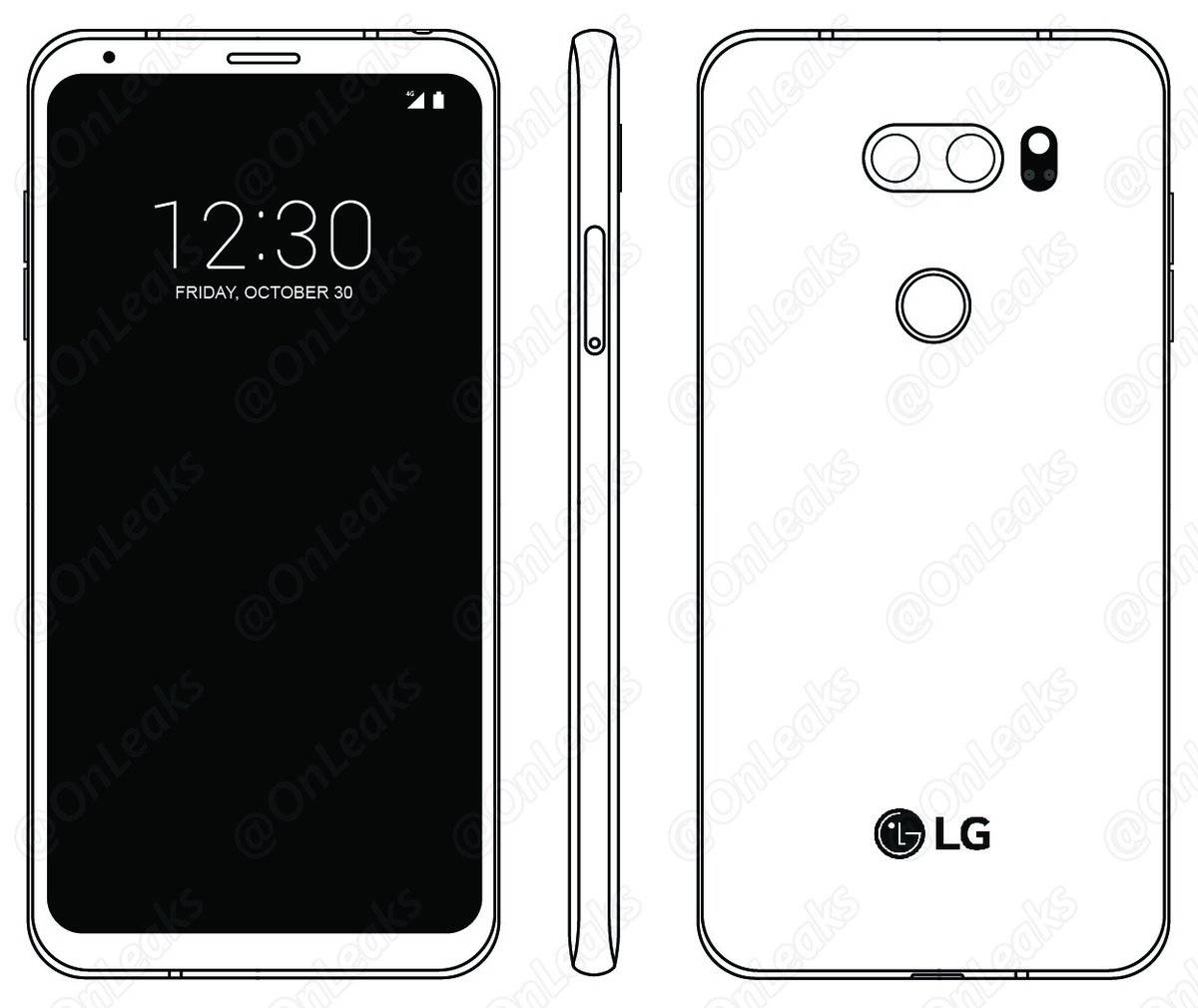 We’ve been saying the GLG V30 will have dual rear cameras like the G6. Actually, as early as now, we can say it is an improved G6. The cameras will just be better with bigger lens aperture. The lower the f-number the better because this means more light will come. As for the LG V30, this one is said to come with f/1.6 lens–one number higher than the Galaxy S8’s f/1.7 lens. We’re used to seeing camera phones with f/2.4, f/2.2, f/2.0, or f/1.8 lens. There’s f/1.4 already but at the moment, that’s only ideal for digital compact cameras.

As for the other specs, we heard the smartphone will be equipped with an OLED display with 18:9 ratio. There is no mention of a second display. The battery may also not be removable anymore so let’s wait and see.