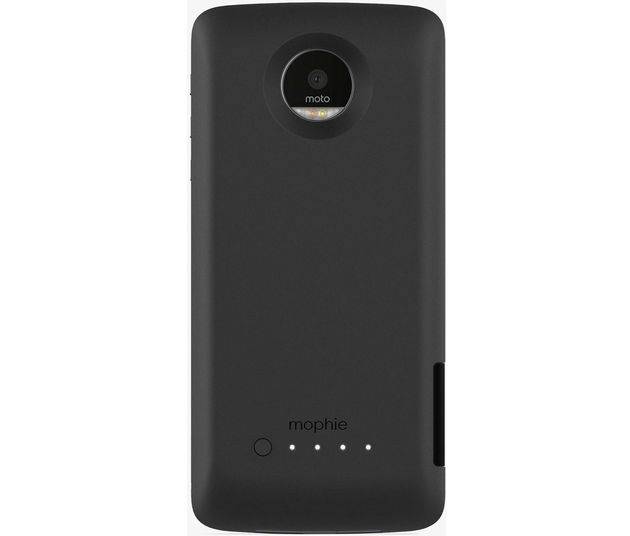 The Moto Mods are something that Motorola has added so that users will be able to add new, useful things for their Moto Z devices and its variants, both from Motorola itself and from partners. One of the new mods that they’ve announced is the mophie Juice Pack, to give your smartphone extended battery life, 3,000mAh to be exact. Verizon has announced they’re now accepting pre-orders for the mod which will start shipping out later this month.

The Mophie Juice Pack is especially handy for those people who use their Moto Z devices heavily when they’re mobile and don’t have access to outlets and their powerbanks have run out. The mod snaps right into the back of the Moto Z, the Moto Z Force, and the Moto Z Play smartphones, as long as they’re on the Modo Mods platform 1.0 or later. It has a 3,000mAh battery that can give you 60% extra battery

It also comes with a set of lights that will show you the charge levels of your device so you can actually save the juice in case your phone is already charged enough. And if you have time for a quick charge, it comes with a USB Type-C port for 15W, which will charge both the battery and the phone itself.

You can already start pre-ordering your Mophie Juice Pack from Verizon. You need only shell out $79.99 to get one of these. They start shipping to buyers by November 28. There is no indication if this is just an initial price or this will be the SRP once it starts becoming available in retail stores.