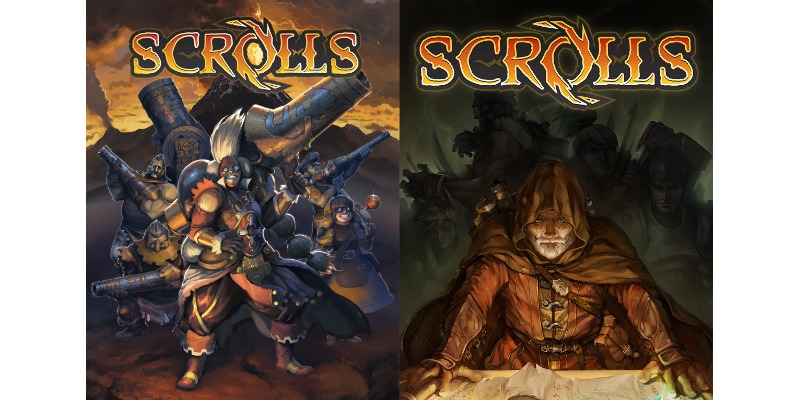 When Minecraft makers Mojang announced that it would be making a new game based on a new IP, all eyes were on it. Almost all of those eyes probably rolled when it was revealed to be a card game, which meant somewhat competing with Magic: The Gathering and the more recent Hearthstone from Blizzard. Pushing through adversity, doubt, and a trademark lawsuit from Bethesda (owners of the Elder Scrolls line), Mojang finally releases Scrolls on PCs, Macs, and yes, Android as well.

Scrolls is touted to combine the best of both worlds of card collecting and trading games as well as board games. You collect scrolls, the in-game name for cards of varying creatures, spells, and structures. But instead of playing them in a rather boring card game, they actual do battle on a board with hexagonal tiles. And all scrolls, all 350 of them, are fully animated to make battles entertaining. And who do you battle? Well, either the game AI or other players around the world. Suffice it say, whether playing solo or against others, the game requires an Internet connection.

As with any card game, there is some trading, collecting, and buying to be had. Mojang’s take on buying cards, however, is a bit interesting. Professed critics of pay to win schemes, Mojang implements a limit on how much you can pay with real world money in order to balance the game. They say you don’t have to spend more than $5 to beat the game. All scrolls can be bought with in-game gold or traded with players.

Scrolls is now out on Google Play Store for free but, of course, with in-app purchases. The game is also available on PCs and Macs, for a price tag of $5, and players can battle with others no matter which platform they’re using. Sadly, the game is available for Android tablets only, so smartphone users are left out, with no word on future availability.