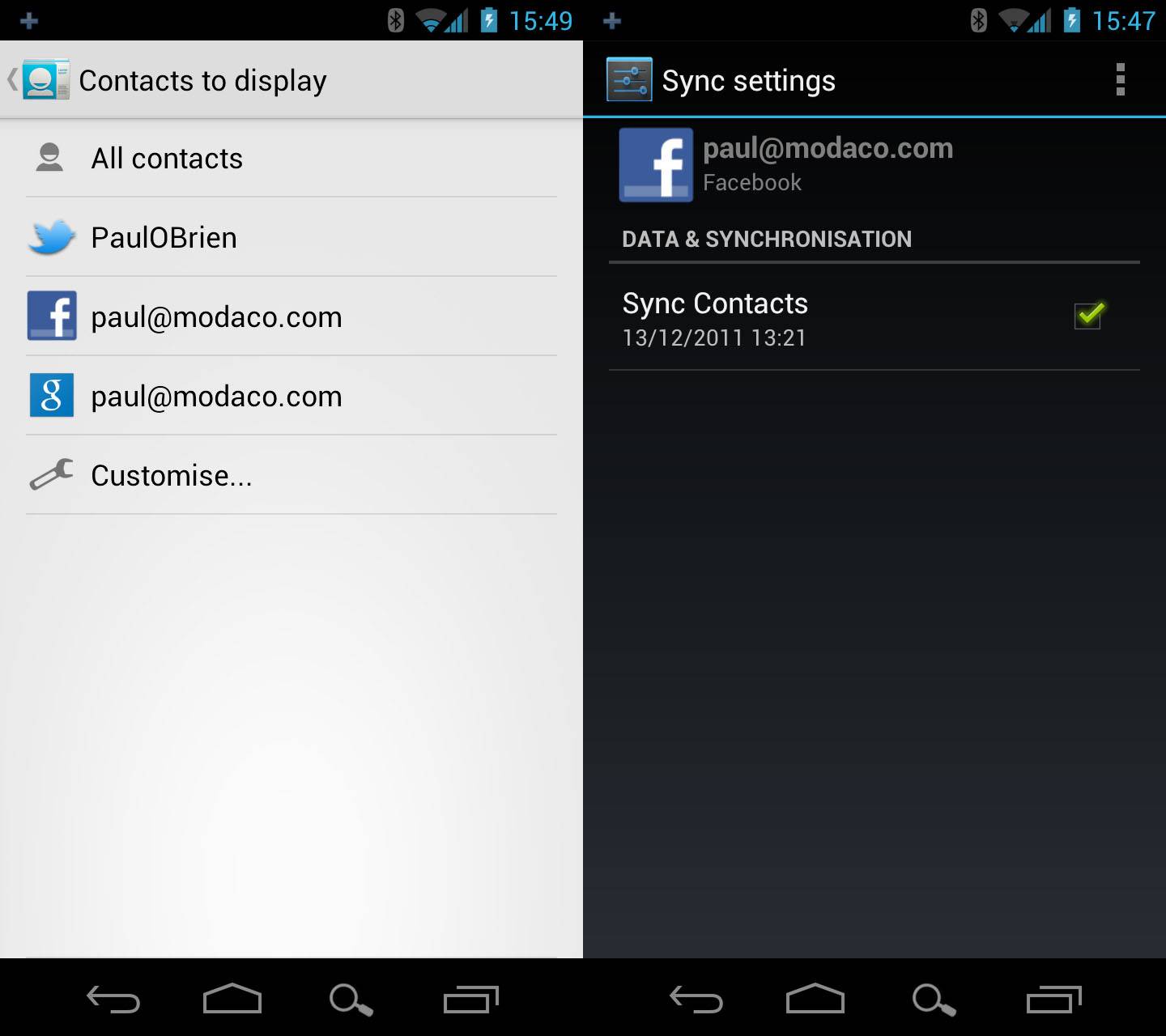 According to Nielsen, Android users spend more time in the Facebook app than just about anywhere else. So it’s no wonder that early Galaxy Nexus users cried foul when Facebook’s contact sync, among other things, wouldn’t work in Ice Cream Sandwich. ROM wunderkind Paul “Modaco” O’Brien has updated his customized version of Ice Cream Sandwich to re-enable the missing feature, along with his already extensive list of tweaks to the basic ICS framework.

Galaxy Nexus HSPA+ users can find Modaco’s ROM at the usual place on Modaco.com. Basic users can download the standard ROM with all the bells and whistles, while subscribers to the popular ROM kitchen can pick and choose features and apps to install or remove. Popular options include the permanent virtual search button, Google’s proprietary apps (Gmail, YouTube, Android Market, etc) and various root-friendly tools. As the first person to post a public superboot for the Galaxy Nexus, Modaco should be pretty good at this by now. Frequent Twitter users should also check out his customized version of TweetDeck, which works properly on the Galaxy Nexus.

Speaking of Twitter, Modaco posted on his feed that he was surprised to find the contact photo sync working after he patched the Facebook application. While the photos will go to your Android contacts, they’re still a little low-res, thanks to the Galaxy Nexus’ 720p screen. And before you ask, no, there’s no new information on the US Verizon version – December 15th is still the best bet.

A big thanks to Paul O’Brien for the screenshots!