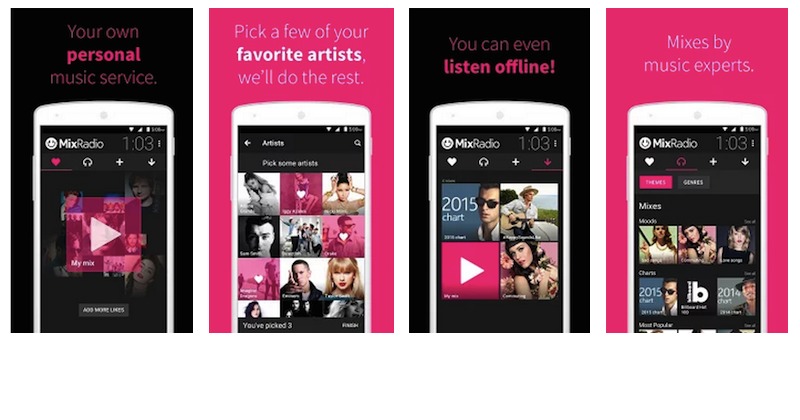 One of the more popular music streaming services today, MixRadio, has just announced that it will expand into other areas and try to capture the rest of the mobile world. MixRadio wants to bring the service to iOS and Android after previously being available only on Windows Phone. It hopes to rival the likes of Spotify, Tidal, and Rdio. In case you don’t know, MixRadio started as Nokia Music which was renamed to Nokia MixRadio but things soon had to change after Microsoft purchased Nokia’s mobile division.

However, another big change happened before 2014 ended. LINE, the instant messaging company, acquired MixRadio as soon as Microsoft put the brand up for sale. It has always been a Windows Phone app but with the purchase, MixRadio was expected to roll out to other platforms. True enough, iOS and Android versions are now ready for download.

MixRadio for Android is a welcome addition to the mobile market but the app needs to offer more than just a music streaming app because there are too many already. MixRadio is already available in 31 markets and with this expansion, expect more people to use the app that offers a more personalized music experience.

So what’s different with MixRadio? The app offers playlists curated by local artists and music lovers from all over the world. The app also remembers your habits so it can suggest songs based on your preferences. For HTC phone users, MixRadio has partnered with the Chinese phone maker to be HTC BlinkFeed’s exclusive source of music. Aside from HTC, MixRadio has also partnered with Harman Kardon to bring the music service to the Omni speakers and Adidas to provide music to the MiCoach Smart Run watch.