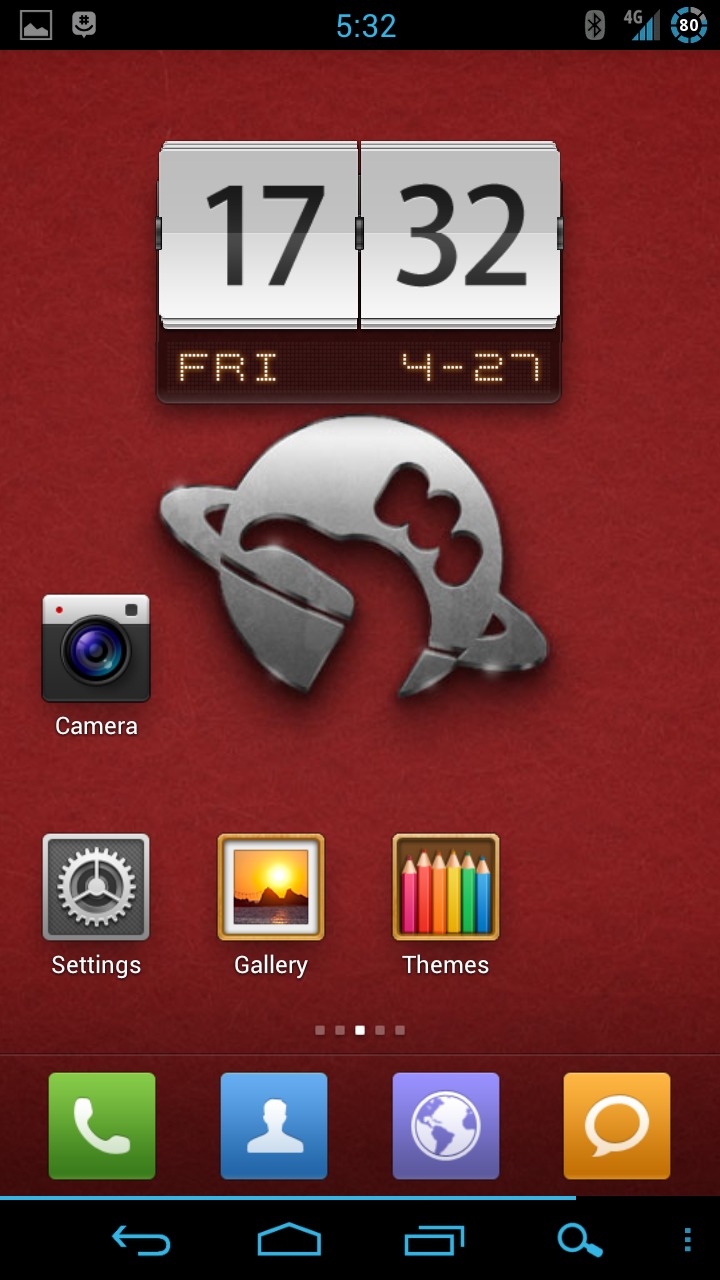 No two ways about it: the MIUI family of ROMs has a unique visual approach. Blending elements from Android, iOS, WebOS, and plenty of manufacturer skins to boot, it’s become one of the most popular ROMs for those who love to tinker with their user interface. The Android 4.0 version MIUI 4 is still a work in progress, but if you’ve got an Ice Cream Sandwich phone or ROM, you can try out the MIUI 4 launcher and lockscreen now, thanks to RootzWiki member “hoppermi”.

There’s nothing in the MIUI home app that you haven’t seen before in launchers like Nova or Apex, and those have a lot more features. MIUI just looks good doing it. The launcher tends to take its iPhone inspiration pretty seriously, but it’s also got a lot of customized widgets that fit in with its own theme. Most of these replace Android’s standard widgets or duplicate others, like the HTC clock.

Performance is a bit of an issue, but this is a beta release. After installing and activating the launcher for the first time, the slowdown from the app itself and its many transitions and animations tends to go away. I also with it had more settings, but then again, MIUI is all about style. On that note, the ported launcher technically supports themes, but there are few or none available for the Galaxy Nexus’ 720p resolution, so I didn’t get to try them out.