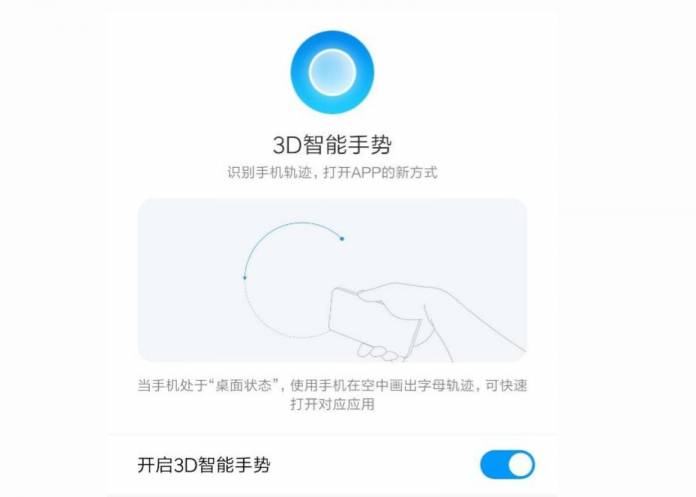 Opening apps on your phone is not that hard but of course some people want it to be either more convenient or more unusual. It looks like Xiaomi wants to do a little of both as their MIUI beta is trying out something new for the Mi 9 device. They are bringing “3D Air Gestures” which lets you launch some of the apps on your phone by waving your device in the air to draw letters assigned to the apps.

According to XDA Developers, the feature is now being tested out in the beta version of the MIUI custom Android skin of Xiaomi. They describe the feature as a way to open an app by drawing patterns in the air with your phone. It would probably have been easier if it was just drawing a pattern on your phone’s screen but that would be so “basic”.

An employee of Xiaomi posted on their Weibo page what it looks like and someone at XDA reposted it on YouTube for easier access. It looks like the way they describe it. You just open your phone’s Home screen and you start drawing the M, W, C, or Z patterns in the air with your phone to open the selected app.

Based on the video, drawing a C launches the camera app while the W launches the TikTok app which is still huge in China and some regions. The Z launched another app which we don’t recognize. At this point we don’t know if you can choose which app to launch with the gestures and if there will be more gestures added later on.

Currently, it’s only available for MIUI beta users with a Xiaomi Mi 9 and we don’t know if other devices will get it later on. After this testing period we’ll find out if it’s something that users will like or if it makes opening an app more inconvenient.