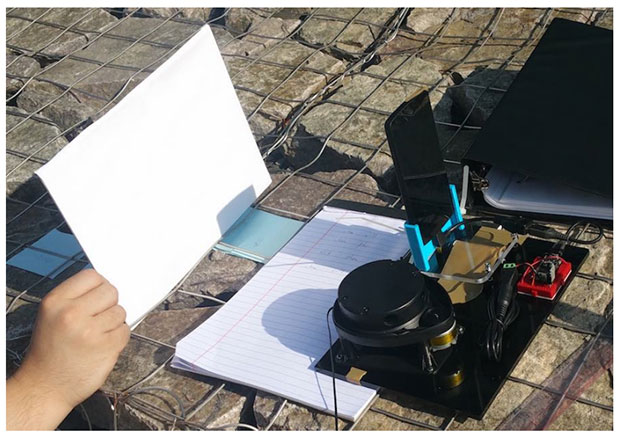 Even though robotics has been making huge strides the past decade or so, unless you work for a multi-billion conglomerate, hardware parts are still pretty darn expensive, therefore restricting some research projects that don’t have any sort of funding. Good thing there are creative groups out there who want to go beyond the cost problems in order to create something that will be useful and cheap for those who want to experiment more with robots and the practical ways they can help us humans (and no, world domination is not on the agenda).

A group of researchers at the Massachusetts Institute of Technology have managed to create a laser rangefinder that doesn’t cost an arm and a leg, and in fact costs just $49 in parts. That doesn’t include the smartphone, a Nexus 5, which actually serves as the solution to the problem of ambient light. The problem with existing meter-range distance sensors that are in the market now, aside from being really expensive, is that they are not built to function outside because their sensors can’t distinguish the light if it’s too bright. 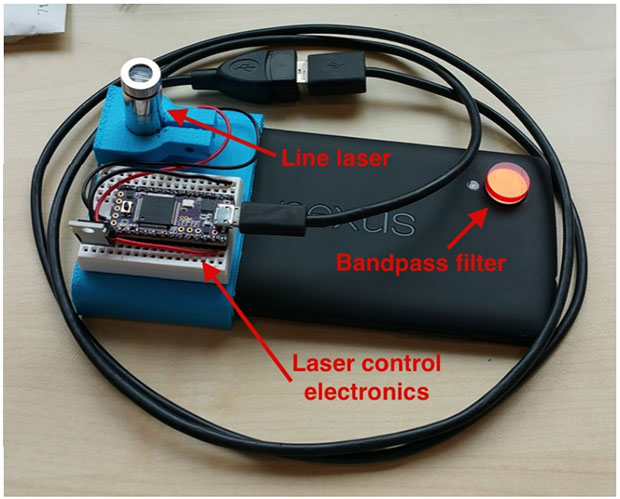 The Smartphone LDS that the MIT researchers created actually consists of a laser and a filter that is taped to the smartphone and includes some control electronics in the middle. It uses active triangulation to actually be able to function as a distance sensor. The laser gives off light in a horizontal beam which then bounces off objects and is then captured by the camera sensor of the smartphone in vertical positions, depending how far off the object is. The distance to the object is calculated by looking at the angle of the reflected light.

Practical application of this sensor is to use it as an obstacle avoidance system for vehicles, but only for those traveling up to 18.5 km/h. The limitations with this Smartphone LDS is the smartphone itself. The higher hardware specs of the device that you’ll attach (higher frame rates, higher dynamic range, etc), then the better sensor you’ll have. And if something like this is mass manufactured, then the $49 price tag could go really lower (smartphone not included in the cost of course). Let’s see if this will go somewhere soon.