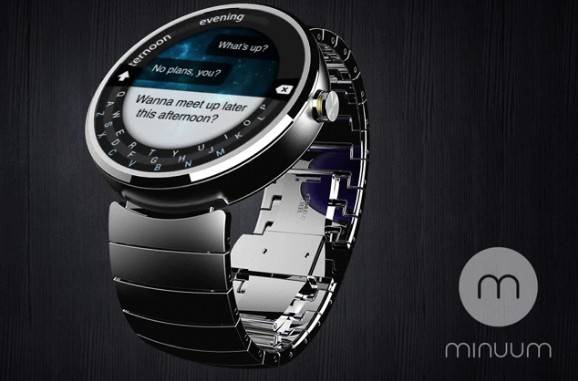 As the eagerly-awaited official announcement of the Moto 360 smartwatch is expected this week at the Google I/O, several apps are already preparing for the first round-face smartwatch in the market. Minuum Keyboard has announced they are developing an app meant for the circular interface of the Moto 360.

Ever since it launched last year, Minuum, which calls itself “the little keyboard for big fingers,” has been aiming to change how people type on their devices. They believe that since phones and tablets are much smaller than desktops and laptops, the QWERTY style of keyboards should be revolutionised. They made it into a horizontal-type of keyboard that takes up less space on the screen. Although it takes some getting used to, they believe that the horizontal format will intuitively teach users to type quickly.

Minuum says they’re developing the circular keyboard for the Moto 360 because smartwatches, even though they’re small enough, still need keyboards. Voice recognition and yes/no type of interaction may not be enough and there are times that a quick reply. When you’re in class or at work and you can’t bring out your phone or tablet, then having a keyboard on your smartwatch would be handy.

The makers of the app also said they received several requests already for a Minuum for smartwatches so they decided to create one already. They’re inviting those with Android-based watches to test-run the initial version by emailing them. But they also warn that Android Wear will not have full input method integration yet when they launch.