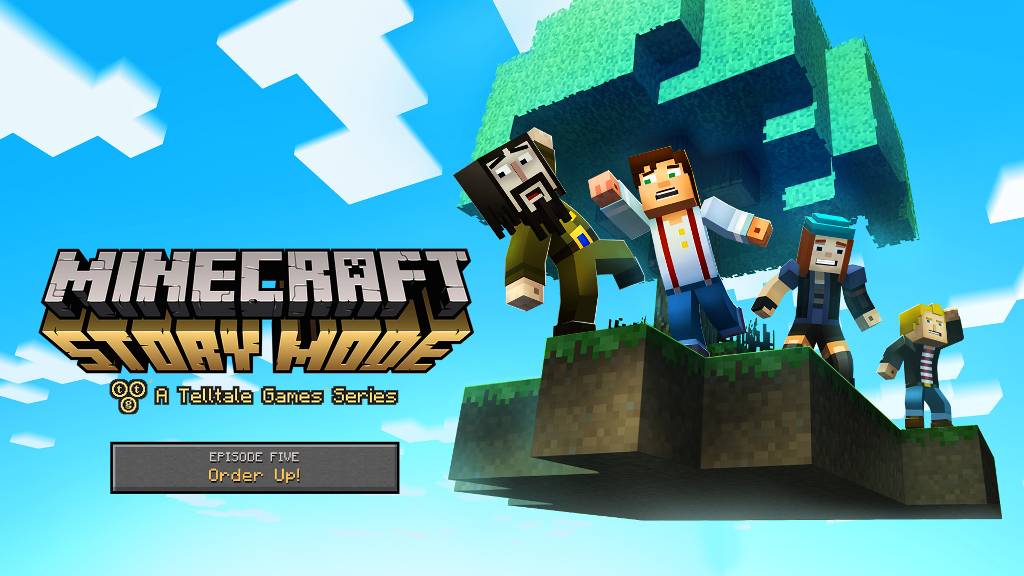 The Minecraft game is addictive in itself already, but when Telltale Games release the Story Mode episodic game for Android devices, it became a whole other story. Now they’re releasing the 5th episode of the game entitled Minecraft: Story Mode Episode 5 – ‘Order Up’ by March 29, the first game since the Wither Storm finale. And not only that, three other games will be coming to your device of choice later this year. So get your gadgets ready to heat up again as you go on another Minecraft adventure.

Jesse is back with his friends, the New Order of the Stone, as they try to discover even more hidden treasures. This time, they are sucked into a whole new world called Sky City after being ambushed by former Ocelot Aiden and his crew and now our heroes are being made out to be the bad guy. So basically, you’ll spend this entire chapter trying to clear your name.

To get you even more excited, three more games are coming up later this year. Episode 5 is actually just the gap chapter between the ending of last season’s Wither Storm arc and the next ones that will be released in the coming months. They did not reveal any more details about the three, so after playing Order Up!, you’ll probably be begging for more.

Minecraft: Story Mode Episode 5 will be released as an in-app purchase by March 29. Just like the others, it will be $4.99. While waiting, maybe you’d like to play the previous chapters to brush up on your Minecraft skills.