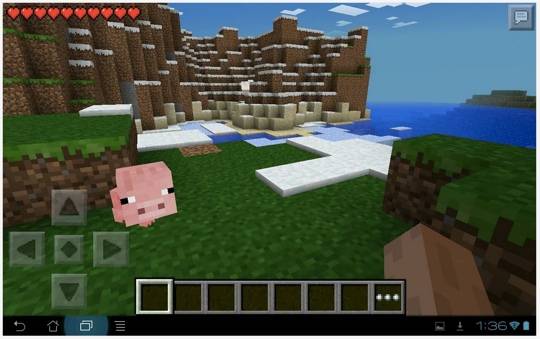 The Play Store beta release program ins’t new, however there is a new entry as of today. Mojang has announced a beta program for Minecraft PE (Pocket Edition) this morning. This will be open and available for anyone that has previously purchased the game, or alternatively, for those who are still planning to purchase the game.

At present, Mojang has Minecraft PE priced at $6.99. Similar to what we have seen with other beta programs coming out of the Play Store, this one from Mojang offers a sort of trade. Users will be able to get an advance look at new features and they will be asked for feedback in return. Joining the program involves a few clicks, but is simple and quick.

You will need to visit the Minecraft PE Test Group page on Google+ and click the red “Ask to join” button that sits towards the upper right corner. From that point, just follow the remaining instructions. For now there isn’t any set number of testers being allowed entry into the program, however Mojang did make it clear they “may need to limit the number of testers at some point.”

This also comes with a warning. This is a beta release and that means a potential for things to go wrong. That could involve things not saving correctly, or worse yet, corruptions. To that point, Mojang has offered the following;

“While playing a beta release, it will not be compatible with current version of Pocket Edition. If you go from a beta version back to a final version, the world may be corrupted. Beta version worlds will always work with the final release.”

Lastly, as a teaser, Mojang has said they hope to have the 0.8.0 release out before Christmas. Otherwise, the regular non-beta version of Minecraft PE for Android can be found in the Google Play Store.