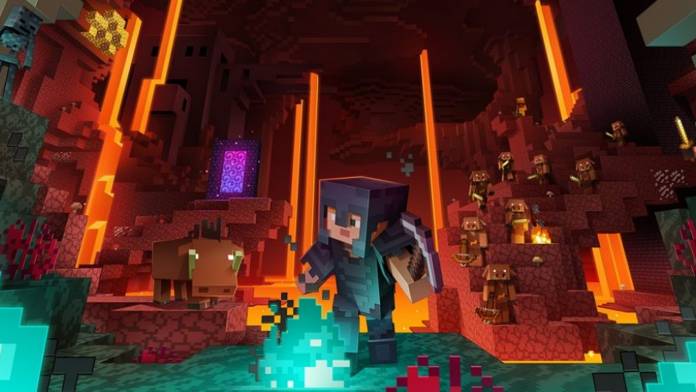 Minecraft’s latest security patch is out and it’s dubbed the Nether Update. For the flaming world filled with scary fortresses, lava and enemies that put you to text, this is going to bring huge boost and changes. It will add more fuel to the fiery Nether with new mobs, biomes and blocks. The update is live for Java and Bedrock players – the latter include Android, iOS, Windows 10, Xbox One, PS 4, and Nintendo Switch.

The announcement was made on Minecraft’s website through a blog post “Nether update is here” asking players to “download it on their platform today.” According to the details of the 1.16 Bedrock patch, four new biomes, The Soul Sand Valley, the Crimson Forest, the Wraped Forest and Basalt Deltas have been added to the Nether.

The Nether update makes over 300 bug fixes since the last patch and also mends 180 bugs reported by fans in the community. So, this will make the game more smother with fresh new mobs like piglins, striders and fungal creatures that ride over lava. The original Nether biome is now called Nether Wastes.

In addition to the creatures and biomes, the update also introduces many gameplay additions including Netherite “a powerful new material that makes diamond look like cobblestone.” The players on the Bedrock-powered platform are in for more surprise – they can find a new Nether-themed adventure called “Way of the Nether”, which is available for free download.

To be able to access all the features and the gameplay nitty-gritty brought forth by the patch – gamers are required to update the game to its latest version. Check out the Bedrock changelogs for more details and what to expect.