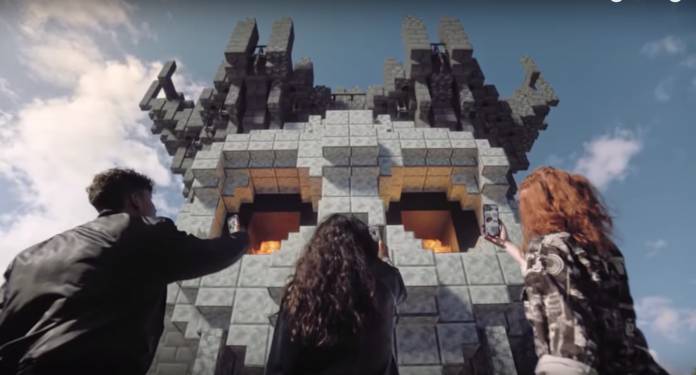 If this is the first time you’re hearing about this but you know what Minecraft is, soon you will be able to place your blocky creations in the real world, or at least the digital or virtual world with Minecraft Earth. Using your smartphone’s rear camera, you’ll be able to post the virtual objects in the real world in real-time. You can make your creations within the game whether you like them in small scale or full size. You and your friends can build together and even take selfies with your creations.

They initially rolled out the game in closed beta so not a lot of people have been able to play the game. But by next month, they will be giving access to the game in selected countries. Other than that, there is nothing else that we know about it like which countries are those, will it be rolling out to all of them at the same time, and which devices will get the game. As per their official page, Android devices running on 7 and above will be supported so that may be a clue.

As for the gameplay, we’ll probably know more about it when the game rolls out to more people. Their page says that it will “give you the chance to express yourself on a whole new scale” and will have the mobs that are familiar with Minecraft users and also new ones that will let you “breed unique variants” so you will be able to populate your builds. And just like the other AR games, it says you can play nice with others too.

We’ll wait for further announcements as to which countries will be included in the early release. They are targeting to release it next month so expect more details soon.