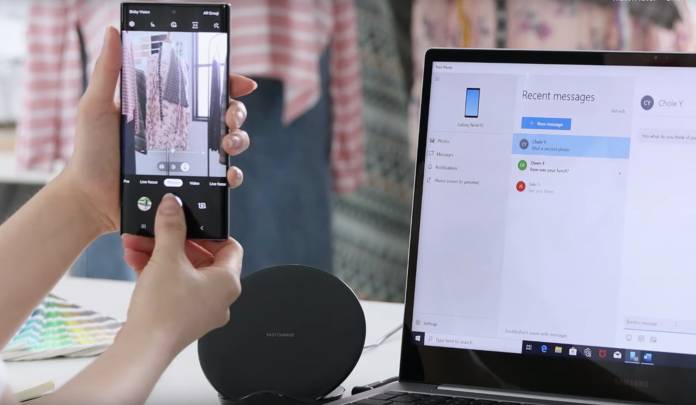 One of the selling points that Samsung is marketing for its recently released Galaxy Note 10 is its surprising partnership with Microsoft. The feature that was most important for some users is the special version of the Your Phone app in the Note 10 called “Link to PC” and was already built-in to the phablet. However just days after the release of the Samsung device, it looks like the Your Phone app is experiencing connection problems and has not been working for a lot of users.

According to The Verge, an outage page from the Your Phone Microsoft service says that they have identified the issue that is causing “connection problems” for the app. Users have been getting error notifications when they were trying to connect their Android smartphone to their Windows 10 device. Right now, there is no solution to this issue as Microsoft said they are still in the investigation process but they are also developing a “remediation plan”.

This is not a good time for the Your Phone app to stop working as those who just recently bought the Galaxy Note 10 probably want to try it out and mirror their phone screens onto their PCs or laptops. On paper, or rather, on screen, you would be able to see things like text messages, photos, notifications, etc. You could even run Android apps on it and fully control your Note 10 from your computer.

Well, that is supposedly how it should be working but users are seeing for the past few hours now is the “Can’t connect” error message. Hopefully, Microsoft will be able to resolve this soon so as not to stop the momentum that they are getting from this app and the partnership with Samsung.

Microsoft is actually bringing the special Your Phone feature to other devices later on but for now, it’s exclusive to just the Galaxy Note 10. Well, when it starts working again, that is.