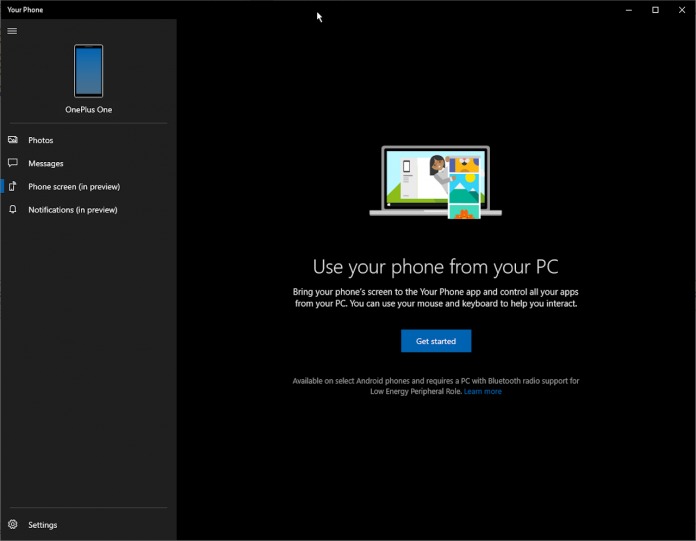 If you’re using an Android phone and a Windows PC, you probably were excited with what’s been revealed a few weeks ago that the Microsoft Your Phone app will be introducing a new feature that should let your phone’s screen be mirrored onto your PC. Initially, there were only a few smartphones that supported this feature but now ahead of its stable launch, it looks like they’re adding more devices. Hopefully, we also get a timeframe as to when everyone can expect to get the feature.

In case you’ve already forgotten what it is, the phone screen feature within the Your Phone app will be able to mirror what is on your smartphone’s screen onto your PC screen. Not only can you see the apps that you’ve already installed in your phone, but you’ll also be able to access them (reportedly with some limitations) and use your mouse and keyboard to play around with it.

Previously, you will only be able to use this if you have devices running on Windows 10, the Surface Go, and a few Android devices like the Galaxy S8 and Galaxy S9 series. Now ahead of the wide release of the phone screen feature, according to MS Power User, you’ll also be able to use it on your Galaxy S10 devices, Galaxy Note 8, Galaxy Note 9, OnePlus 6, and OnePlus 6T.

Microsoft will reportedly be adding more smartphones that will support the phone screen feature as well as more computers where you will be able to view and access the apps you have but this time on a bigger screen whenever you need something bigger to do your work on or to play games or whatever it is you need to do on a bigger screen.

For now, this feature is still only for Windows Insiders users but they’re probably preparing the stable version rollout soon. Hopefully we get a time frame as to when this will be.