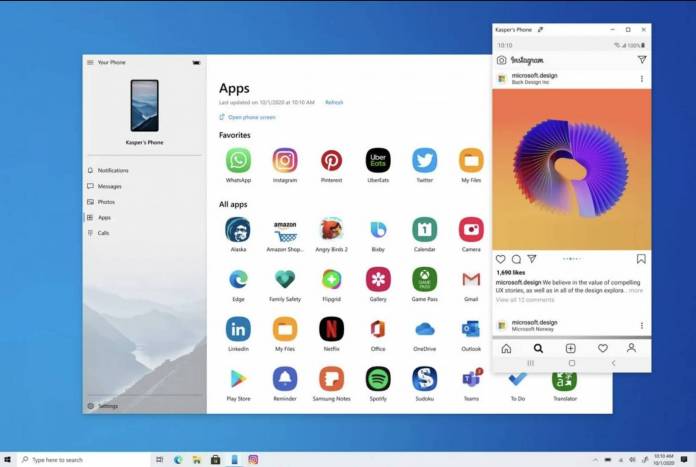 While you could run selected Android apps on your laptop/computer on Windows 10 through the Your Phone app, not all are able to run “natively”. There’s a pretty small percentage of Android apps that are then converted to Microsoft apps. It looks like Microsoft is now working on a software solution that would let app developers submit their Android apps with little to no code changes. Codenamed “Project Latte”, this will basically revolutionize app presence on Windows 10 devices. Well, if it pushes through.

It’s actually not the first time that Microsoft attempted to bring Android apps to Windows devices. They had something called Project Astoria before but it never pushed through as per Windows Central. This new Project Latte project will hopefully eventually be completed as according to sources, we might see it by next year. Basically, the advantage of this is that developers don’t need to recode their Android apps to make it available in the Windows store.

Basically, what will happen is that the app will be packaged as an MSIX so there’s no need for major code changes for the Android app if it will run on Windows 10. It will most likely be powered by the Windows Subsystem for Linux (WSL) which Microsoft says will also soon get support for GUI Linux applications and GPU acceleration. This way those apps that don’t have Windows versions can still bring over their apps to the other platform.

However, it will not include support for Play Services most likely so those apps that require Play Services APIs will have to remove those dependencies in order to be submitted to Windows 10. Google has a policy that Play Services can only run on native Android devices and Chrome OS. For its part, Microsoft welcomes many app platforms like PWA, UWP, Win21, Linux, and hopefully soon, Android apps.

If this pushes through and Android apps do become available on Windows 10, it will become an almost universal OS at least when it comes to app support. They will reportedly be pushing for this next year and may even ship as part of the fall 2021 release of Windows 10.