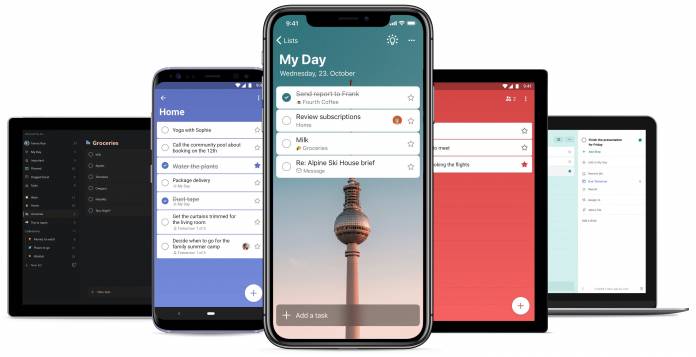 When Microsoft announced back in 2015 that they acquired popular productivity app Wunderlist, there were mixed feelings about that. Back then, people didn’t really trust that Microsoft will be able to do right by an immensely popular app. Further misgivings were had when they released their own To-Do app which was made by basically the same Wunderlist team and that they were going to retire Wunderlist eventually. It looks like that day is almost here as a newly unveiled Microsoft To Do (no more hyphen!) app has indeed incorporated a lot of features so you won’t miss the other app when it says goodbye soon.

The brand new To Do app not only gets a fresh look but it has also tried to capture the “delightful, simple, and elegant daily task experience” that you probably enjoyed from Wunderlist. This is part of their “evolution” into an app that Wunderlist fans wouldn’t mind switching they want it to be basically the same but with a few more improvements and integration into the Microsoft ecosystem. Oh, and did we mention it now has a dark mode too, in keeping with the times?

In terms of looks, the header size has been reduced and you get a bit more color and personalization and customization. You can choose a different background for every list and you get some of the popular Wunderlist backgrounds including the Berlin TV tower. After taking it out for a brief spin, we do get the feels of the Wunderlist app this time around which can be a good thing for Microsoft altogether. And of course, the dark mode is a good option to have as well.

You also get to create your various lists as always and you also get smart lists where all your planned or important tasks are seen in one place. A unique feature they’re bringing is called My Day and as expected, you get to list down all the things you need to finish this particular day. The next day, you start with a blank page and all those you did not finish the previous day are in your suggestions list.

And of course, an important feature for productivity apps these days is to have it available and sync across all platforms. So with To Do, it’s available in Mac, iOS, Android, Windows, and the web. Since this is also part of the Microsoft family, you can integrate it with various Microsoft 365 apps and services. If you’re still on Wunderlist, you may want to start importing it to To Do and see how you like it. No announcement yet when the former will cease to exist.