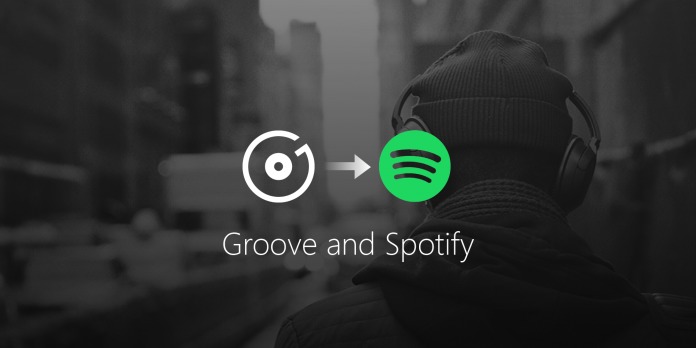 It looks like Microsoft is officially giving up on their own music streaming as they announced that Groove Music, formerly Xbox Music, will officially close down that part of their service by the end of the year. But instead of just focusing on that not so good part of the news, they also announced that they are expanding their partnership with Spotify and that all your songs and playlists in Groove Music can now be transferred over to the music streaming giant.

If you’ve been using Groove Music to collect and curate your music, you will now be able to move them directly to Spotify with just a few simple clicks. Those who are part of the Windows Insider program can already start moving their music but those who are Groove Music Pass subscribers will have to wait for the Windows 10 update that will be rolling out in the next few weeks to start their migration.

You have to launch your Groove app first and log into your account. You will then see a pop-up window from Spotify and if you already have an account, just login as well. If you don’t have one yet, you will have to sign up (and get a 60-day free trial to Spotify Premium). You can then move your music collection and playlists, and if the songs are in Spotify’s library, then you will be able to listen to it.

You will no longer be able to buy Groove Music passes to stream music, but you will still be able to play local mp3 files and files from OneDrive on the player. And when the streaming service officially closes down by December 31, subscribers will be refunded pro-rata. Are there any Groove users out here? Will you miss this service or are you glad to switch to Spotify?