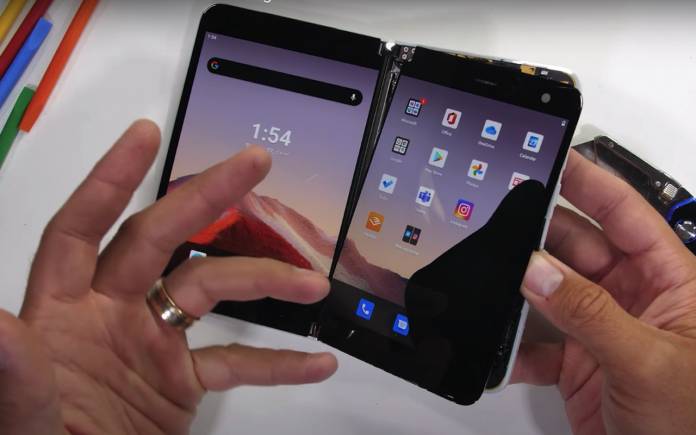 The Surface Duo is about to get a major update from Microsoft. The release will be mainly for the camera. The phone-tablet certainly has potential even if we know it’s not perfect. It has certain bugs that must be fixed but we believe they won’t be a hindrance to productivity for most buyers. The device has already undergone a durability test. It survived and we can say it is somewhat durable. IFixit also did a teardown analysis and received a low repairability score of two (2).

This time around, Zack Nelson aka JerryRigEverything presents his findings. The title of his YouTube post alone tells us it won’t turn out well for the Surface Duo.

Zack Nelson admitted the Microsoft Surface Duo is one of his favorite smartphones today. He’s disappointed that he will no longer be able to use it after the teardown. It was a favorite because of the simplicity and uniqueness.

He noted that the device doesn’t have any moving parts. The hinge allows for more display positions. It’s 360-degrees so it offers more positions compared to other foldable phones in the market.

With some heat, the adhesives around the displays are softened. They are a bit challenging to remove because the top glass could easily crack. The glass is removed with no damage but the screen has been killed. It’s broken.

There is no point now in saving the other components so Zack moves on to the internals. He sees the two batteries after removing the screws. The bigger battery doesn’t have a visible disconnect as described. It can’t be easily removed so it’s a problem. 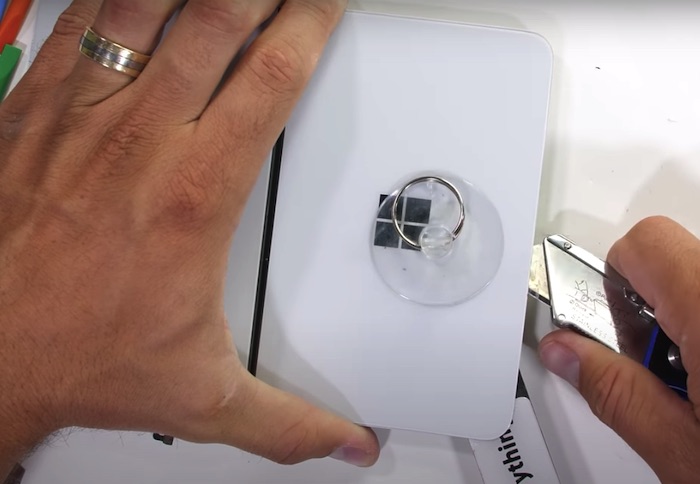 The components are not easily replaceable. He then continues to remove the other components and parts until he reaches the motherboard.

The Microsoft Surface Duo is a great folding phone. However, it can still be improved in many ways. We’re hoping Microsoft listens to the feedback of consumers and experts if it wants its products to succeed.